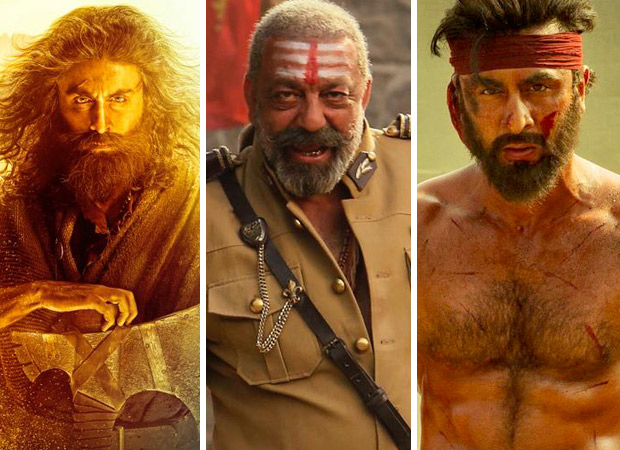 Ranbir says, “I’m aware that one of the major USPs of Shamshera is Sanjay Dutt vs Ranbir Kapoor and I hope people love that on screen. Sanjay sir has an enigmatic aura about him every time he comes on the big screen and it has been an honour for me to go toe to toe against him. The film is a revenge action spectacle and I’m really happy about how grand our clash is looking on the big screen.”

He adds, “It looks like two forces are going to collide with each other and there will be fireworks. Kudos to our director, Karan Malhotra for thinking about pitting us against each other and for scaling up the film to a level where our fight becomes a huge talking point for audiences. Sanjay Dutt has given us a villain to remember in Shamshera and we know that our on-screen rivalry is going to be brutal and violent.”

With Shamshera, Ranbir is doing a front-footed action film for the first time and people have taken to his action avatar in a big way, making Shamshera one of the most anticipated Hindi films of this year! Ranbir says, “I definitely want to grow as an actor and a star and Shamshera definitely is a positive step towards that. You want to make films for a larger audience.”

He adds, “You want to tell stories that different generations of the audience can connect to and can get entertained. Shamshera is a step towards that but like I said the film hasn't been released yet. I am very anxious about how people will accept me in this part but I am very excited that I got to play a part like this.”

The story of Shamshera is set in the fictitious city of Kaza, where a warrior tribe is imprisoned, enslaved, and tortured by a ruthless authoritarian general Shuddh Singh, played by Sanjay Dutt. This is the story of a man who became a slave, a slave who became a leader, and then a legend for his tribe. He relentlessly fights for his tribe's freedom and dignity. His name is Shamshera.