Ranbir Kapoor has been busy with shooting schedules of two of his films. The actor has been simultaneously shooting for Shamshera and Brahmastra. While Shamshera look is kept under wraps, a leaked photo has surfaced online. 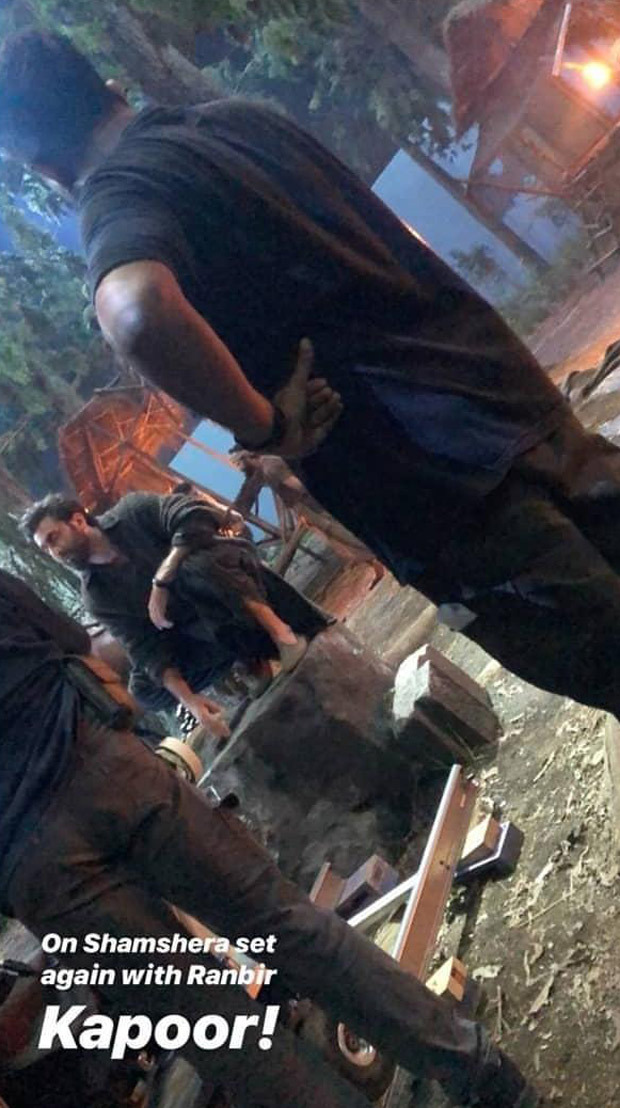 A photo of Ranbir Kapoor in a black pathani suit and sporting a beard has gone viral on social media. Shamshera is set in the 1800s and about a dacoit. Ranbir's another look had gone viral earlier in which he was sporting a heavy beard and was beefed up completely.

Shamshera stars Sanjay Dutt and Vaani Kapoor and is set for 2020 release.

ALSO READ: Ranbir Kapoor gets greeted by a sea of fans as he visits a Gurudwara in Mumbai