As a part of the exciting content extravaganza that Zee TV plans to offer its viewers in the festive month of October, the channel has introduced a refreshingly new light-hearted show, Ram Pyaare Sirf Humare, a situational comedy that follows the life of Dulari and her 'prize catch' of a charming husband - Ram and how she turns to a book of worldly wisdom with traditional ‘nuskas’ to keep him safe from the clutches of other women vying for his attention. 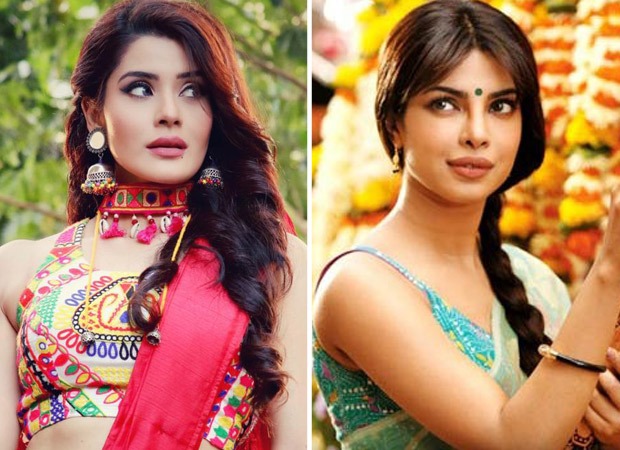 Adding masala into this picture-perfect love story is Ram and Dulari's strikingly attractive neighbour, Koel. Portrayed by the talented Shamin Mannan, Koel is an attractive and charmingly talented, smart and out-going personality. While Shamin is an extremely versatile actor, looks like she has gone the extra mile to ace her character. She has not just been working on her fitness and looks, but she also did a lot of research and homework for her character. In fact, she took inspiration from two of the most notable names of the entertainment industry for pulling off her alluring character effortlessly on screen. We are talking about our Desi Girl - Priyanka Chopra and Hollywood star Marilyn Monroe.

Talking about her prep, Ram Pyaare Sirf Humare actress Shamin Mannan revealed, “Koel is very sexy and spicy. Her every move grabs people's attention. In fact, every woman wants to be like her, and every man wants to be around her. She has her own style, her own charm, her way of speaking is different, and she has her own takiya kalam - Aaye Bade. I had to develop it from scratch and the brief that I had got was that I needed to come across as effortlessly seductive. So, I started off my research and two actresses really inspired me for my character in Ram Pyaare Sirf Humare. One was Hollywood sensation Marilyn Monroe and the other is our Indian superstar, Priyanka Chopra. I feel both these women have portrayed some of the hottest characters I have seen and their way of presenting them on the big screen is commendable."

Shamin further added, "I saw a lot of their films to get into the skin of the character Koel for Ram Pyaare Sirf Hamare. In fact, I was very much inspired by Priyanka Chopra’s character Nandita from the movie Gunday. The way Priyanka Chopra carried herself in that hot desi avatar with so much grace and the way she spoke, it really helped me for building my character.”