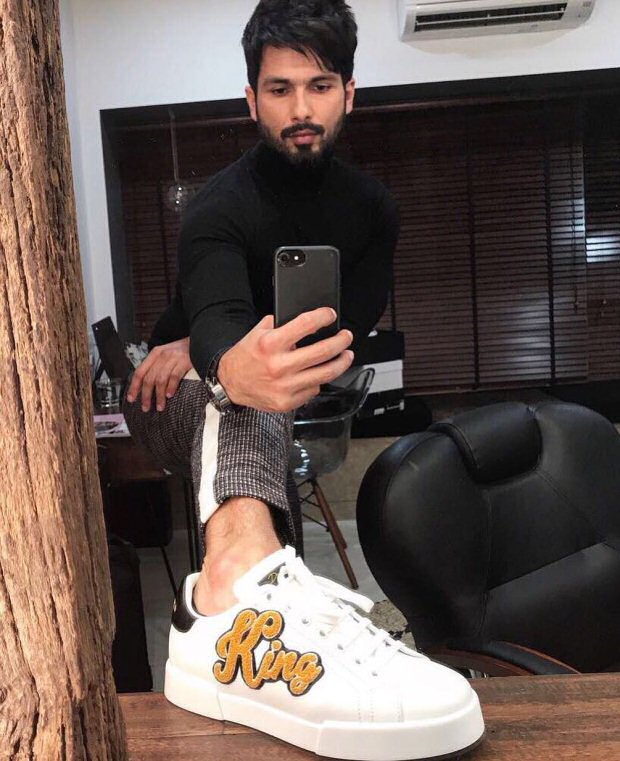 The recently held Filmfare Glamour and Style Awards saw most of the industry turn up sporting their finest. In fact, most took to their respective social media handles sharing details on what they were wearing for the function. Doing just that was Shahid Kapoor, who posted an image of his look with his shoes taking centre stage.

Posting the image Shahid simply captioned it saying, “Flip”. The shoes in question that took the forefront in the photograph are a pair of Dolce & Gabbana Portofino King 1984 leather sneakers that helped complete the actor’s look that also featured a Sahil Aneja suit with a polo necked t-shirt.

Back on the film front, Shahid Kapoor who was last seen in the film Rangoon that hit screens earlier this year will next be seen in the Sanjay Leela Bhasali directorial Padmavati that features him alongside Deepika Padukone and Ranveer Singh. The film that was supposed to release this week has been postponed indefinitely due to an ongoing controversy with Rajput activists and the CBFC.