Shahid Kapoor is ALL FIRED UP to impress us with his crackling performance in Kabir Singh. It is already interesting to see so much of positive buzz around the movie. In an exclusive interview with Bollywood Hungama, he opened up a lot about his movie choices as well as his stance as a daddy to two adorable kids, Misha and Zain. 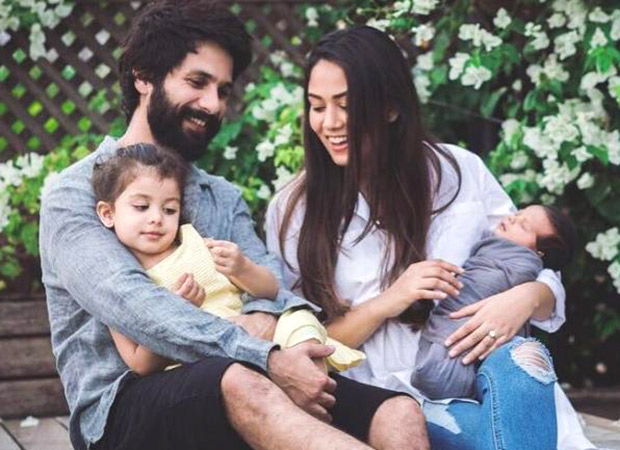 A fan asked him about his feelings about his precious little tots. He said, “It is difficult to describe. I love them for everything they are. Misha is my first child and my first daughter so I have a very special bond with her. Zain is my first boy and barely eight months old, so he has a very special place in my heart. I just love them for the fact that they make me and Mira so happy. We are just so grateful to have them. They make us happy every day.”

Recently, at the Kabir Singh press conference, he snapped at the reporter asking him about the kiss scenes in the movie. He blasted the reporter by saying, “Teri koi girlfriend nahi thi kya kaafi time se? Maine kahan dekhna hai toh paisa dena padega. Yeh nahi bola paisa ussi ka hai! Woh hi tune samjha and aisa tere dimaag mein atka! Arre pappi chod kar koi sawal poocho, acting bhi ki hai logon ne iss picture mein.’ [Looks like you haven’t had a girlfriend in a while! I said if you want to see it [kissing scene], you will have to pay. I never said you will have to pay only for that. That’s what you assumed. Why do you have to keep asking about kissing scenes? People have also acted in this film you know!