Being a star kid, Shah Rukh Khan's daughter Suhana Khan has been in the limelight for a long time. The young girl flew to New York a few months ago to study acting at New York University. Suhana already has a massive fan following on social media with several fan accounts to her credit. 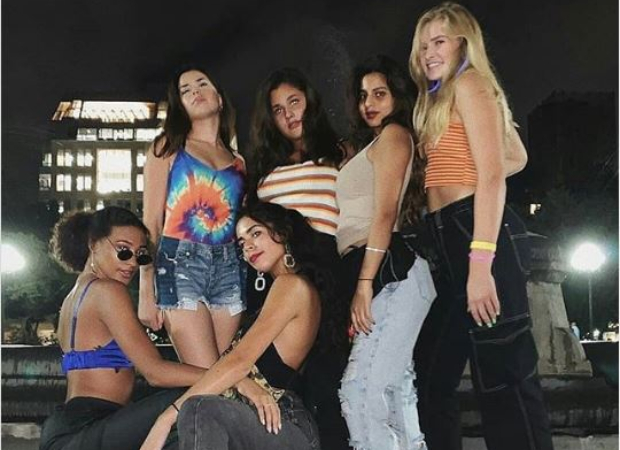 Recently, the fan pages of Suhana shared pictures of her having a blast in New York. In the first picture, she can be seen posing with her group of girlfriends.

In another picture, the star kid is dressed in all black sporting a crop top.

Recently, Suhana Khan made headlines with reports of her making her debut with Student of the Year 3 surfaced. The reports also said that she would be seen opposite Bigg Boss 13 runner up Asim Riaz. However, Karan Johar took to his Twitter and rubbished all the reports.