Shah Rukh Khan is a total Daddy Cool when it comes to bringing up his three kids. He is seen spending most of his free time with them, mostly the younger ones: Suhana and AbRam. Now that Suhana is at a cusp of stardom, he is making all the right moves, guiding her in this journey. After unveiling her cover on Vogue magazine this year, he has been snapped a lot with her, attending important social dos, events and soirees. One can totally gauge that King Khan is trying to lay a foundation for Suhana's debut which will happen very soon by the looks of it. 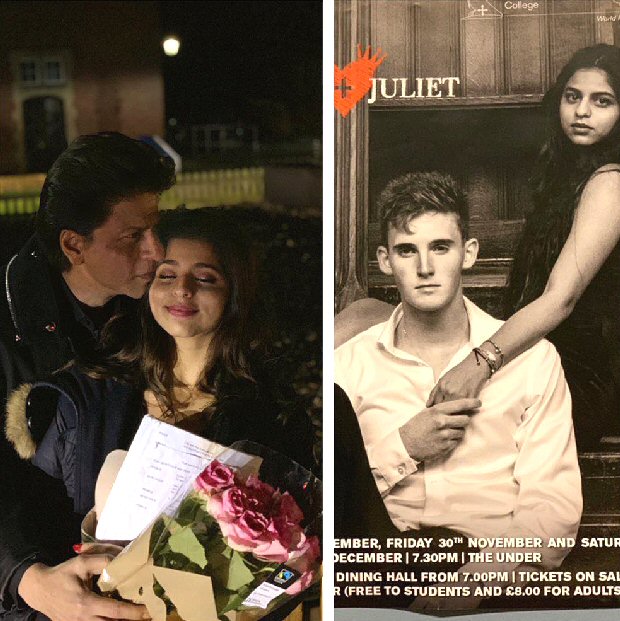 Suhana is for now studying in London and pursuing Theatre academically. She has just participated in a play Romeo Juliet at her university and it is a raving success. Not so long ago, Suhana's clip from her school back home had gone viral and one could see that she really is a passionate actor. Now, it is quite clear why she is so serious with pursuing acting! Proud papa Shah Rukh Khan made sure he saw the play and even posed with his darling daughter backstage. He took to Twitter and wrote, “With my Juliet in London. What a wonderful experience and exceptional performances by the whole cast. Congratulations to the whole team.”

We can't wait to see her on screen soon! Karan Johar who is like their second parent revealed that he has been grooming the young lady and we won't be surprised if he has some role in her debut.