There have been several times when international stars have collaborated with Indian stars. One such case has happened recently when DJ Marshmello collaborated with Shah Rukh Khan. The DJ has released new music video for ‘BIBA’ featuring Shirley Setia and Pritam. While the artists are amazing in the video, the supercool cameo by Shah Rukh Khan really steals the show. 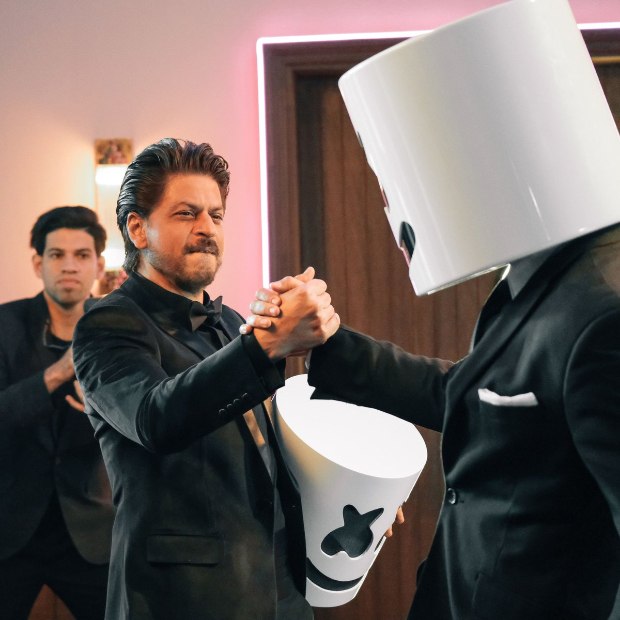 The video starts with a tribute to SRK and Kajol's Dilwale Dulhania Le Jayenge where Marshmello is playing the guitar like Raj in the middle of mustard fields whereas Simran wearing the same headgear as Marshmello is running towards him. It is a funny take on the film. The video moves further to the Devdas song 'Dola Re Dola'. Then, it has references of Rahul and Anjali from Kuch Kuch Hota Hai, 'Chaiyya Chaiyya' among others. Marshmello shared a candid picture with King Khan.

On the work front, Shah Rukh Khan was last seen in Aanand L Rai's Zero. He will be next starring in Rakesh Sharma biopic, Saare Jahan Se Achcha.