Akshay Kumar is a busy actor who has a lot on his plate. The actor, who was last seen in Pad Man earlier this year, will be seen in the upcoming film Gold which is helmed by Reema Kagti and set for Independence Day release. Though the film was completed last year, Akshay Kumar was seen filming a song on June 6. 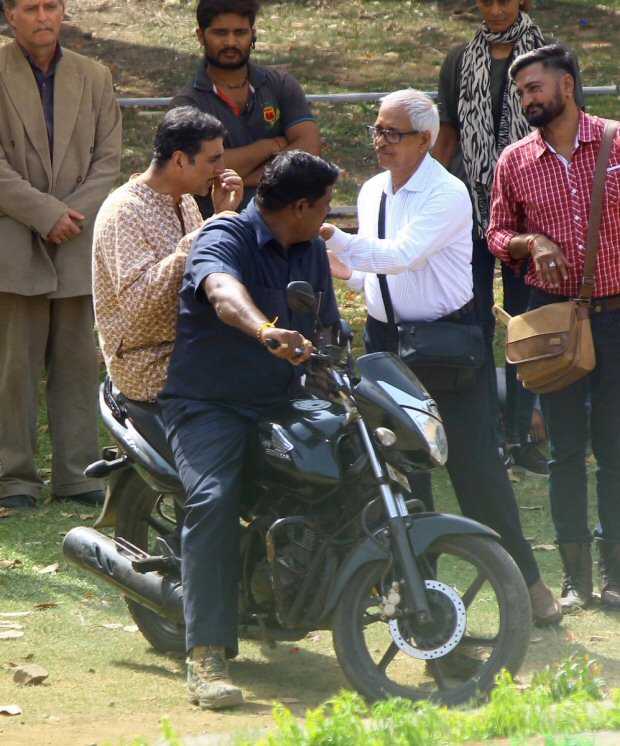 According to the reports and latest pictures from the sets of Gold, Akshay Kumar was seen in a traditional kurta and white dhoti with a thin moustache. In one of the pictures, the actor is seen having a conversation with one of the crew members. He is also seen riding pillion while getting prepped for the shot. Earlier reports had suggested that Akshay Kumar will be playing the role of former Indian Hockey player, Balbir Singh. 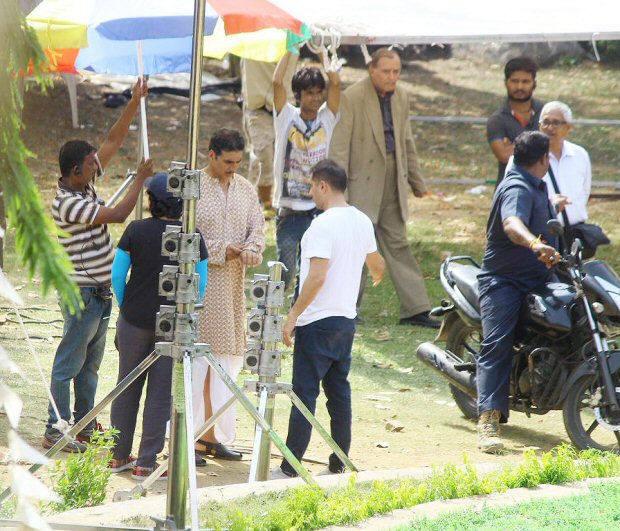 Gold marks the debut of TV actress Mouni Roy in films. It is a sports drama based on India’s first Olympic Gold medal win in hockey as a free country at 1948 London Olympics. The film also star Amit Sadh and Kunal Kapoor in pivotal roles. It is produced by Farhan Akhtar and Ritesh Sidhwani’s Excel Movies and is directed by Reema Kagti. Gold marks to be the first collaboration between Akshay Kumar and Excel Entertainment which is slated to release on August 15, 2018. 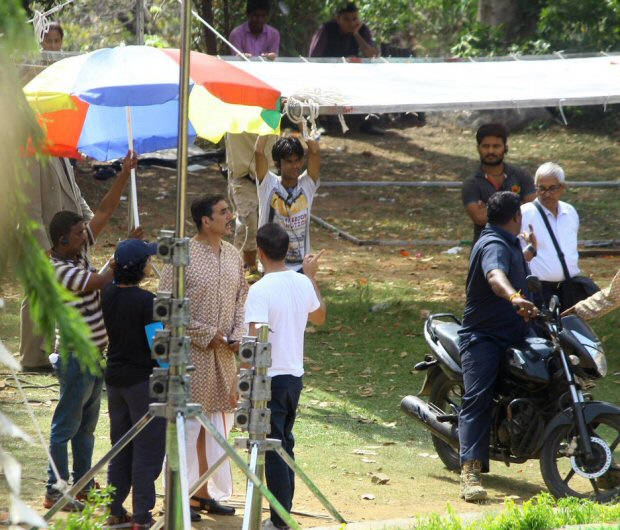