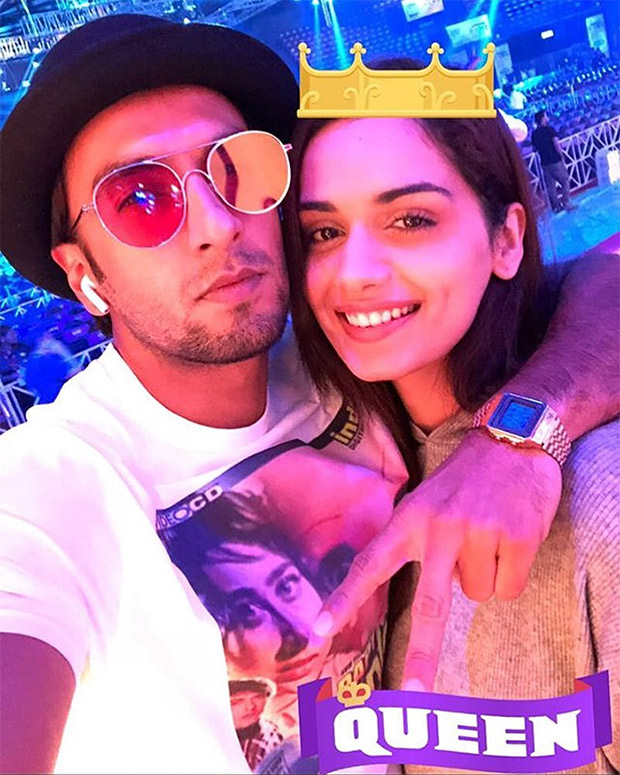 It was a starry night on January 20 when celebrities came together for a night full of entertainment, glamour and awards at the Filmfare Awards. From Shah Rukh Khan's hosting to Ranveer Singh's crazy outfit, it was a night to remember. But, it was also the night when celebrities bonded with each other.

Before the red carpet arrivals and the main event, Ranveer Singh was seen rehearsing for his epic performance as he paid tribute to Bappi Lahiri. Post his rehearsals; he met Miss World Manushi Chhillar backstage as he tagged her as Queen.

It is known that Manushi Chhillar brought home to coveted Miss World crown after 17 years since Priyanka Chopra in 2000. The pageant queen made her debut at the Filmfare red carpet in a gorgeous red gown.