Netflix original series Fabulous Lives of Bollywood Lives is all set for its second season. The starcast of the same on Monday announce that they had wrapped up the shoot of the show. Seema Khan and Maheep Kapoor shared photos from the Gateway of India announcing the ‘wrap up’. 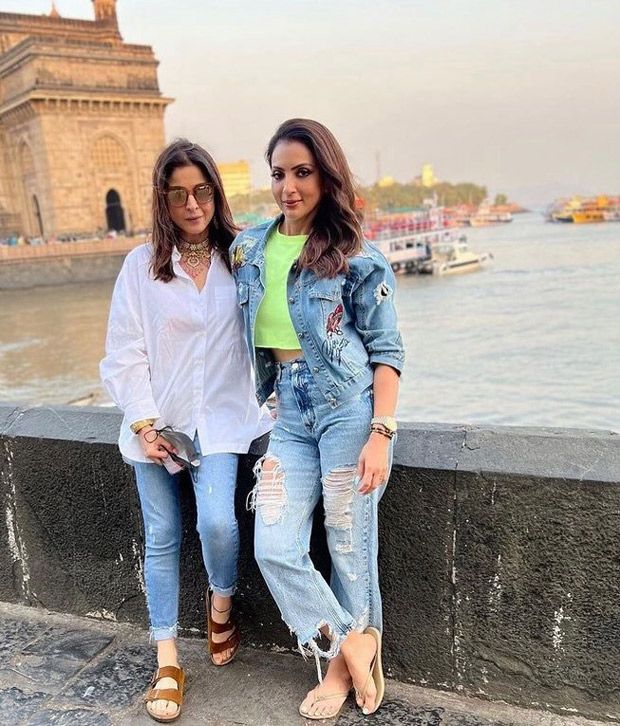 In the photos, Maheep Kapoor is donning a white kurta paired with a pair of blue denims. Seema, on the other hand, sported frayed jeans and a denim jacket with a neon green crop top underneath. In another picture, the two are seen sitting on a private ferry. Their friend and co-star Neelam Kothari also shared a video on her Instagram story from their ride on the Arabian Sea.

Seema Khan, Maheep Kapoor, Bhavana Panday and Neelam Kothari had started shooting for the second season in November last year. Sharing the teaser of the second season, Karan Johar had then posted, “Our favourite Bollywood wives are more fabulous than ever. Fabulous Lives of Bollywood Wives Season 2 is now filming!”