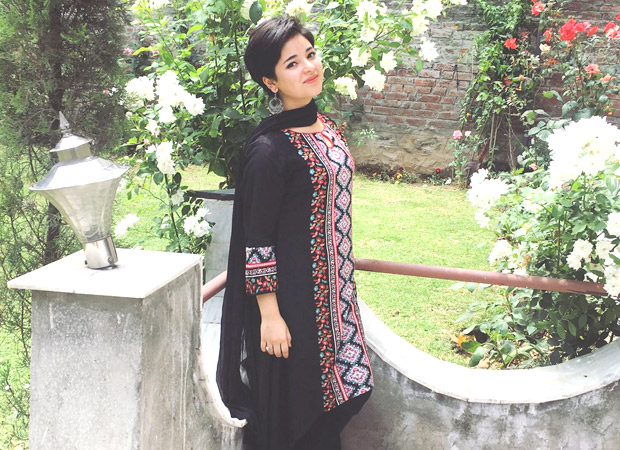 The child woman Zaira Waseem is earning loads of accolades for her superb performance in Dangal. In a Bollywood Hungama exclusive with Faridoon Shahryar, Zaira talks about the journey of Dangal and why she feels she could have performed better even though the Public is loving what she has done. She also speaks about Secret Superstar, an Aamir Khan Production where she is playing the main lead.

When I saw your performance, it doesn’t seem like it is of a child artist at all. When it comes to award shows, I think you deserve to get nominated for best actress. What you’ve managed is fantastic. The transformation I think is fantastic from what you were in the beginning and what you become. Was it in born talent or did Nitesh discover it?
I still have not been able to figure out what it is. I am still not being able to sink in ke movie release ho gayi and people have actually started to love my work. I didn’t like it when I saw my performance I didn’t liked it, I was not satisfied or loved my work. I was like theek hai chalo kar diya. People usually get carried away with the second half, as they get out from the theatre and remember ke second half mein kya hua tha. I never realized or thought about it that people will actually remember me. The feeling itself is so overwhelming. Once you’re a child actress, you have the tag of a child actress so you have to be a child. I am a child and have to maintain that innocence. One place you go wrong and everything will collapse. So I have to be careful with that.

What was your thought process like? Because initially when we saw your videos, physically you were not prepared at all?
Not only I had to develop physically, I had to struggle mentally as well. Initially I hated wrestling. I have been telling that I am an easy girl and still I am. I had to wake up at 6am, itni mehnat karni which I have never done. Our coach was so strict. I have never been exposed to such environment where I am surrounded by people and follow the instructions. I was very lazy.

You’re having secret superstar next, the promo has already come out. In a way you’re being called hero of the film as well. Excited about it?
I am very happy that mujhe ek hi saath Aamir sir ke saath do do movies mili hai. It’s more about ke it’s based on women empowerment which makes it even more special.

What will you miss about Dangal the most?
Nitesh Sir’s sense of humor, our lame jokes, our memories, cast-crew and everything.