The celebrity couple Scarlett Johansson and Colin Jost got married in October 2020. The marriage ceremony was officially announced by Meals on Wheels America on their Instagram handle that featured a picture of a Staten Island Ferry with the words "Jost Married" across the image. 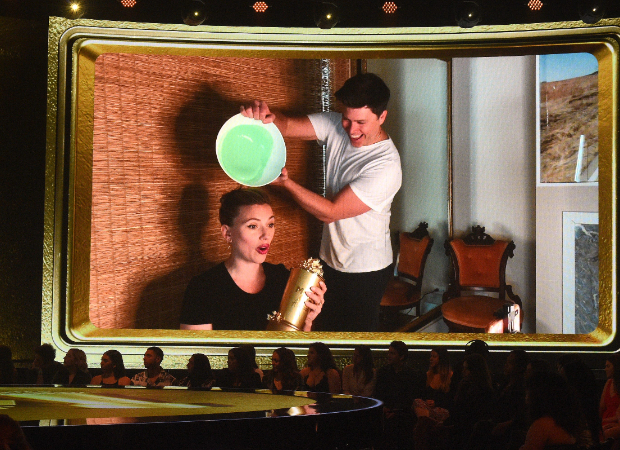 On Sunday, May 16, Scarlett Johansson got slimed by Colin Jost. She virtually attended the MTV Movie and TV Awards 2021 where she won Generation Award. The award celebrates "beloved actors whose diverse contributions to both film and television have turned them into household names," according to a press release.

While receiving the award, Colin Jost complimented Scarlett in a sensational way by pouring a green slime over her head. Scarlett was left flabbergasted and said, "What the (expletive)," Johansson exclaimed. "MTV, you got slimed," said Jost. "That's Nickelodeon," Johansson blurted. 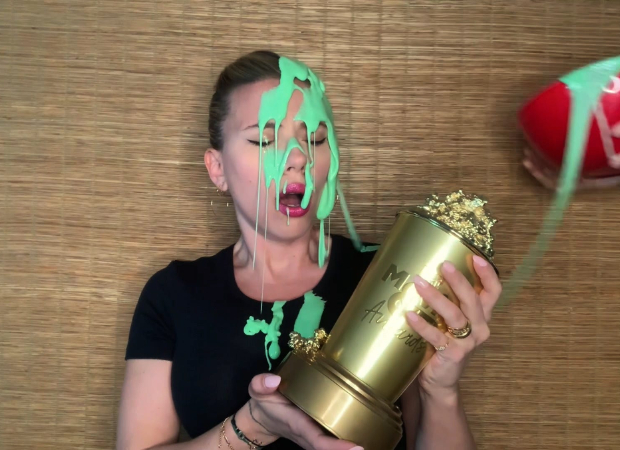 "I'm very, very sorry," he said, as he promised to "get a towel" and continued, "Thank you so much to my fans for riding the way with me and supporting my career so I can continue to have the good fortune to pursue the job that is my passion, and I realize what an absolute gift it is to have the opportunity to do what I love.”

Scarlett Johansson's acceptance speech for the Generation Award was a testament to her strength and her commitment to growing and evolving – until @ColinJost crashed the party #MTVAwards ????https://t.co/9oENEqLcLd

On the professional front, Scarlett Johansson is all geared up for her movies Black Widow, Sing 2, The Jungle Book 2.