Ace choreographer Saroj Khan passed away on Monday after suffering a cardiac arrest. The 71-year-old was recently admitted to Guru Nanak Hospital for breathing issues. Celebrities and fans of the choreographer took to social media to bid goodbye to her. 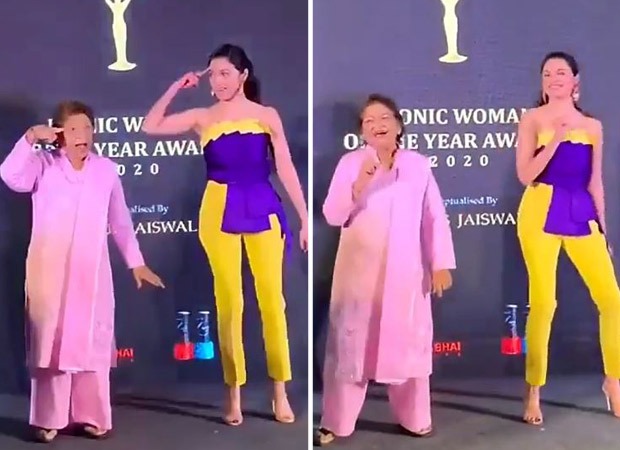 A video of her from the last event she attended has surfaced on social media. In the video, she can be seen happily performing to the song ‘Yaad Piya Ki Aane Lage’ with Divya Khosla Kumar. The video was taken at the Iconic Women Of The Year Awards 2020 in March, where she was honoured for her contribution to the film industry.

Saroj Khan has been a part of the industry for more than four decades and has choreographed over 2000 songs. While dance and music are an important element of Indian cinema, Saroj Khan plays a huge role when it comes to Bollywood dance being recognised as a genre in itself.

She is survived by her husband and three kids.

Chunky Panday reveals that he was banned…