Yet again social media trolls are on a rampant rise and the reason is Sara Ali Khan. The actress seems to have irked Shah Rukh Khan fans during the recently held Filmfare Awards 2019. The newbie, who made her debut in 2019, apparently referred to the superstar as ‘uncle’ during her award speech at the ceremony. This didn’t go down well with some of the fans of SRK who have now taken it upon themselves to troll the actress. Interestingly, many Twitteratis came to her support when some of the fans even went to say that the actress should have used a more respectable term while referring to the superstar. 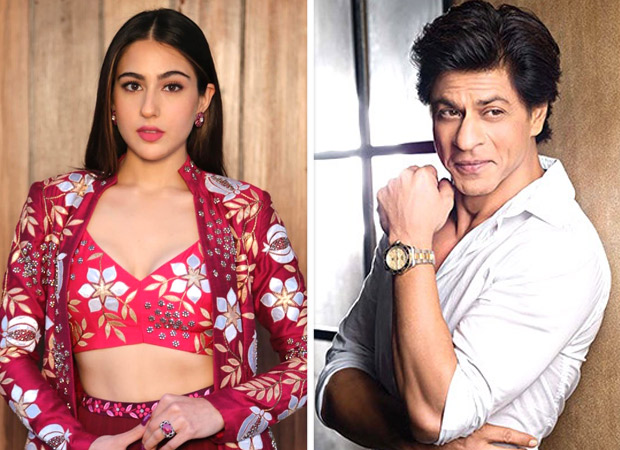 Sara Ali Khan recently won an award for Best Debut at the Filmfare Awards 2019 for her performance in the Sushant Singh Rajput starrer Kedarnath. The actress, who has been a fan of Shah Rukh Khan since years and also knows him since childhood, reminisced about her Filmfare memories as a child. In the same speech, she referred to the superstar as uncle while saying, “I remember the time when my father used to host the Filmfare with Shah Rukh uncle I used to love it.” These words were not taken kindly by SRK fans who decided to bash her on varied platforms:

Here are some examples:

I am not saying Uncle bolna is disrespectful, but "Sir" is much better!

I am not saying Uncle bolna is disrespectful, but "Sir" is much better!

Wen she can call Salman,Salman on BB stage.. Why call SRK uncle wen both Khan's are of the same age? ???? Alia Bhatt doesn't call Majuro Dixie aunty.. She addresses her as Madhuri Ma'am,And so does Varun Dhawan and other junior actors..ShahRukh Sir anyday sounds cool+respectful.

Who trolled her? Nobody does that, don't try to get attention on the name of SRK brand, Although in this business she cannot call s main stream leading actor who can possibly paired with her, leave this papa mummy age outside of the Bollywood,

Sara Ali Khan is anyway never going to achieve the level of success which SRK has achieved, so she should better respect him by not calling him uncle & not reminding him of his age because that's disrespectful.

At the same time, there were many who came in support of the actress and bashed Shah Rukh Khan fans for spreading these trolls unnecessarily:

To all those SRK Ch**iya fans

What should she supposed to call him ?

Just because he is a film star does it mean he ain't ageing?????

Accept the reality rather than trolling her

I am EXTREMELY-EXTREMELY FURIOUS @ Sara Ali Khan for NOT giving Much-Appropriate due respect to SRK !!! How in the HELL can you call your Grandfather,your Uncle ???

People are miffed that Sara called SRK Uncle? Let’s face it, she probably visited him on sets as a kid when he was shooting films with her dad and OBVS she grew up calling him uncle so what’s wrong with it? Outrage over legit stuff man ????????‍♀

Yes, and even SRK is about 5yrs older then Saif, so she will definitely call SRK Uncle, Sara had said nothing wrong