Sanjay Dutt shared a close connection and bond with his father, the legendary actor, late Sunil Dutt.  He never misses a chance to recollect the lessons he learned from him and share with his fans. Marking the death anniversary of his father, Sunil Dutt, the actor shared a heartfelt note on his social media while adding heart-touching lines about the father-son bond that they shared with a throwback picture of them from the old days. 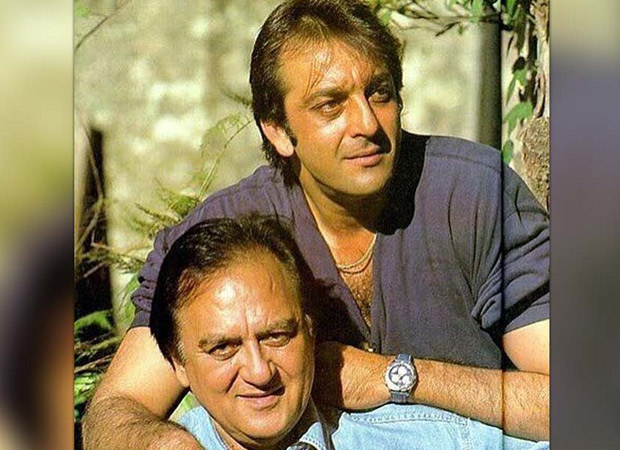 Sharing this image with his father, Sanjay Dutt reminisced about Sunil Dutt saying, “Through thick and thin, you were always there to guide and protect me. You were my strength, inspiration and support in every need... the best a son could ask for. You will always be in my heart Dad, I miss you! ❤️” Here have a look at the post:

Sanjay Dutt recently surprised everyone with his daredevil villainous avatar Adheera in KGF Chapter 2 which got him huge commendations from the audience and the critics.

Talking about Sanjay Dutt's exciting line ups, the actor will next be seen in Prithviraj which also stars Akshay Kumar and marks the Bollywood debut of former beauty queen Manushi Chhillar. After this, the actor will also be seen in yet another Yash Raj venture, Shamshera, which also stars Ranbir Kapoor and Vaani Kapoor. Besides that, the actor will also be a part of Ghudchadi along with star Raveena Tandon and TV actor Parth Samthaan. Apart from that, he has signed up for some more interesting projects and the official announcements are expected soon.