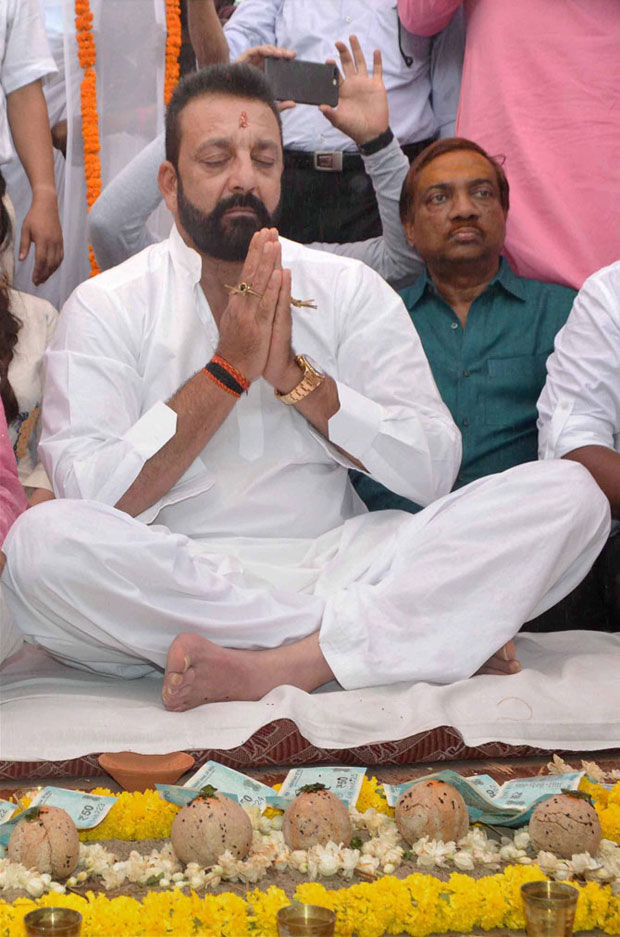 In Bhoomi, Sanjay Dutt plays the perfect father and in real life, he’s aspiring to be the dutiful son. With less than 10 days left for the release of his comeback film, Sanjay Dutt managed to squeeze out time to perform the ‘shraadh’ ceremony for his father Sunil Dutt, on Wednesday in the holy city of Varanasi.

As per the reports, Sanjay Dutt reached Varanasi in a chartered plane. From the airport, he directly drove to Rani Ghat to perform the ritual. This place on the banks of the river Ganga is considered auspicious during the on-going ‘shraadh’ period. In the pictures released from the ceremony, Sanjay Dutt’s co-actor from Bhoomi, Aditi Rao Hydari, can also be seen behind. 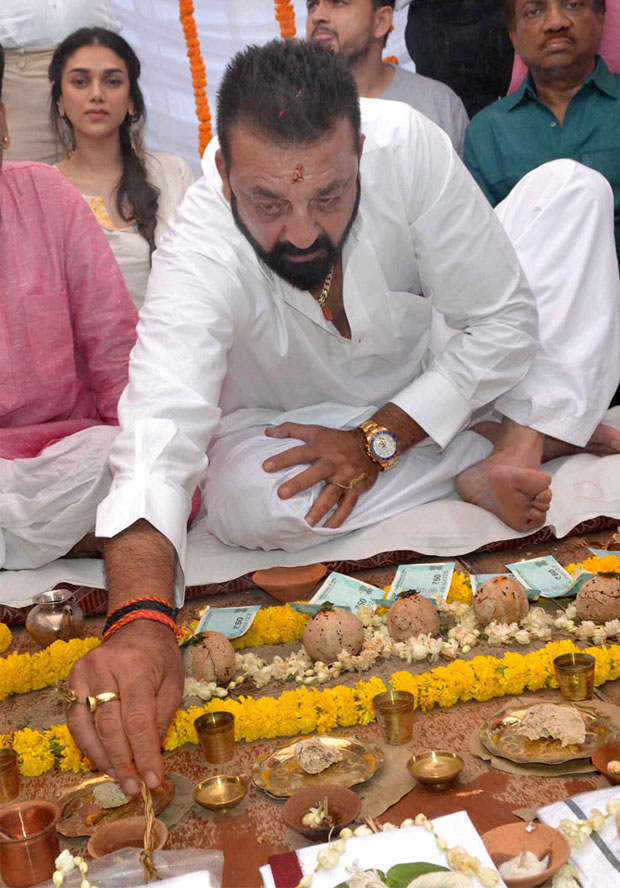 Sanjay Dutt then spoke to the media and revealed that his father, while he was in hospital, had expressed the wish that his ‘shraadh’ be performed in Varanasi.

The decision of Sanjay Dutt to take a day off from the Bhoomi promotions for the ‘shraadh’ didn’t cause any problem to the makers. Producers Bhushan Kumar and Sandeep Singh supported the actor’s wish and adjusted the promotional strategies so that he can complete the ceremony in Varanasi. 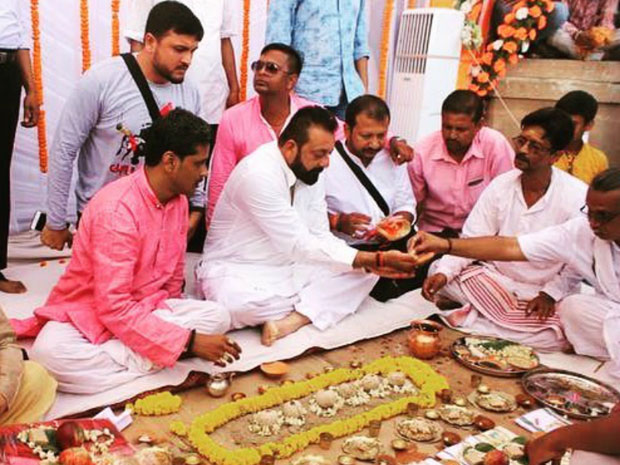 Just like son Sanjay, Sunil Dutt was also a popular actor. He had also been a minister in the UPA-1 government before his sudden death on May 25, 2005.

Gaurav Chopra opens up about losing his…