Sanjay Dutt's fans were in for a pleasant surprise when Malayalam superstar Mohanlal took to Instagram to share a picture of himself with the actor. The picture, that has already garnered the internet's attention, has Dutt posing in a black kurta. It looks like a casual meetup but we also wonder if they caught up to discuss a collaboration. 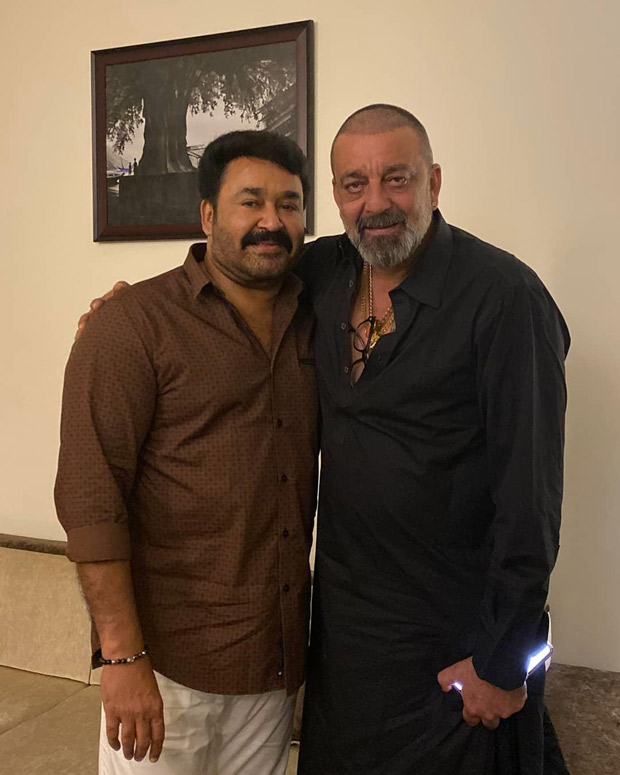 'Big Brother with Munna Bhai' wrote Mohanlal, posting the photo. Curious to know what went on, in the meeting? So are we.

While nothing is announced, many have been also looking forward to Mohanlal entering Bollywood for a long time now. One also wonders if that is a possibility here.

Dutt, meanwhile, has been filming for superstar Yash starrer KGF: Chapter 2. His character, we hear, has never-seen-before villainous attributes.

He also has a bunch of interesting Hindi films in his kitty. The actor will be seen playing a pivotal part in Mahesh Bhatt's Sadak 2. The first part. starring him and Pooja Bhatt, is considered to be a cult film. He is also a part of Ashutosh Gowariker's Panipat, and will play a key character in Ajay Devgn's Bhuj: The Pride of India.

Sanjay Dutt wraps up the shooting of KGF:…