In December last year, the industry was left stunned with the Allu Arjun starrer Pushpa: The Rise – Part 1 storming the box office. Dubbed in Hindi, the film which featured Samantha Ruth Prabhu doing a scintillating dance number was topping both box office and music charts. Now, months after the film’s release, Samantha who is still receiving praise for her move in the track ‘Oo Antava Oo Oo Antava’ finally opened up on what it was like shooting the track. 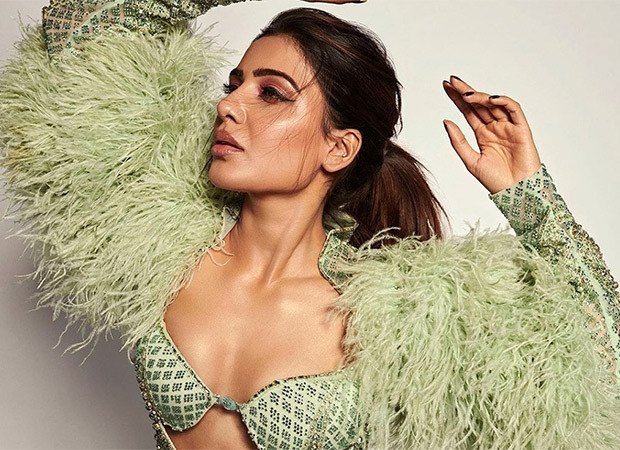 Samantha Ruth Prabhu opens up about shooting item track in Allu Arjun starrer Pushpa: The Rise; says, “I am much more confident now”

In the latest issue of The Peacock Magazine, cover girl Samantha features in the main story. Talking about her life and how her career has changed, the actress bares it all. Speaking about what has changed for her, Samantha adds, “What has changed for me as an actor and a performer is being offered such great roles and living up to the task. I think you are only as good as the roles you are offered. I am glad that I was able to seize all these opportunities that were offered to me and show up with the results.”

Further, talking about shooting the track for Pushpa: The Rise, Samantha Ruth Prabhu continues, “I believe after working on so many projects, I can say that I’m a lot more confident, and it also comes with age and maturity. It took a while for me to get comfortable in my own skin and now I'm much more confident about trying on different roles whether it’s a sexy song or hard core action, which I probably would never have had the courage to do in the past.”

Back on the work front, Samantha Ruth Prabhu who recently celebrated her 35th birthday is shooting for her romantic film with Vijay Deverakonda. The film is currently being shot in Kashmir.