Actors Salman Khan and Pooja Hegde will be seen together on screen for the first time in Bhaijaan, which was previously titled Kabhi Eid Kabhi Diwali. The two stars began the shoot a few months ago. Earlier last week, they were seen at Mumbai's private airport as they headed to an undisclosed location for the next schedule of the shoot. Now, it has been revealed that the actors have been shooting Leh Ladakh. 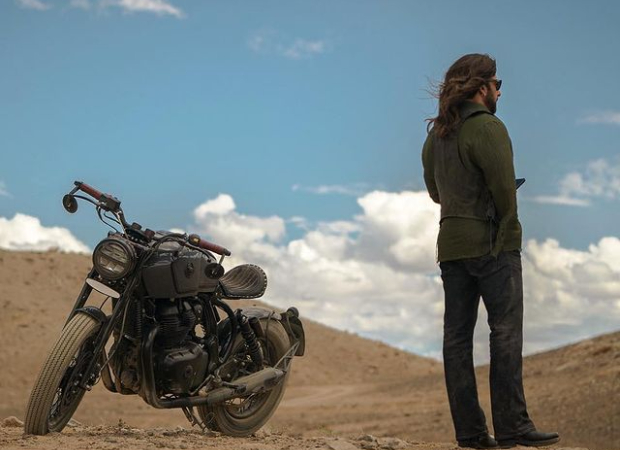 Salman Khan shares a photo from Ladakh shoot of Bhaijaan, see the picture

Salman Khan, on Friday, took to social media to share a glimpse from the shoot. Donning a long hair, you can't see his face in the photo but one sees a bike next to him. He wrote, "Leh .. Ladakh."

Salman Khan, in May 2022, kicked off the shoot for Bhaijaan. The film stars him alongside Pooja Hegde, Venkatesh, Raghav Juyal, Jassie Gill, Siddharth Nigam, Palak Tiwari, and Shehnaaz Gill. He recently roped in Tajik singer Abdu Rozik. The film will release on December 30, 2022.

ALSO READ: Salman Khan and Pooja Hedge are all smiles at the airport as they head for Bhaijaan shoot