Salman Khan is a busy man nowadays. He is all set to release his movie Race 3 this Eid and the trailer already has garnered a lot of response. There is a buzz around the movie as masses have mixed feelings towards it. After Race 3, Salman Khan will perform in the popular Dabangg Reloaded tour with Katrina Kaif, Jacqueline Fernandez, Daisy Shah and Sonakshi Sinha. He also will do a lot of television with Dus Ka Dum and Bigg Boss. Post this, he will start work on Bharat which is also a comeback movie for Priyanka Chopra. At an interview to PTI post press conference for Dabangg Reloaded, Salman was asked about the growing competition from the young actors to which he praised them, taking names of Tiger Shroff and Varun Dhawan but took a dig at the rest. 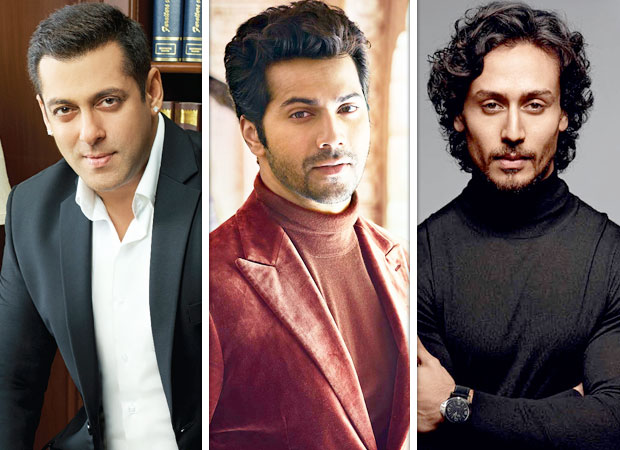 Salman Khan told PTI, “Tiger Shroff got it right this time (referring to Baaghi 2 success). Varun Dhawan has always been getting it right. He tried one, but then that was a film (October) he wanted to do and it did make decent money and no one lost anything. Apart from that, I think everyone is going slightly... They think India is from Cuffe Parade (South Mumbai) to Andheri, which is not true. They think all our emotions are cliched and outdated." Surprisingly, there was no mention of either Ranveer Singh or Ranbir Kapoor who are amazingly successful judging by their fan base and the body of work. Salman said it like it is and made no bones about the fact that he is fond of Varun and Tiger.

Salman’s Race 3 is set to release on June 15. It is directed by Remo D’souza and stars Jacqueline Fernandez, Daisy Shah and Saqib Saleem and Bobby Deol along with Anil Kapoor in important roles.

Also Read: Salman Khan CONFIRMS film with Sanjay Leela Bhansali which is in the pipeline