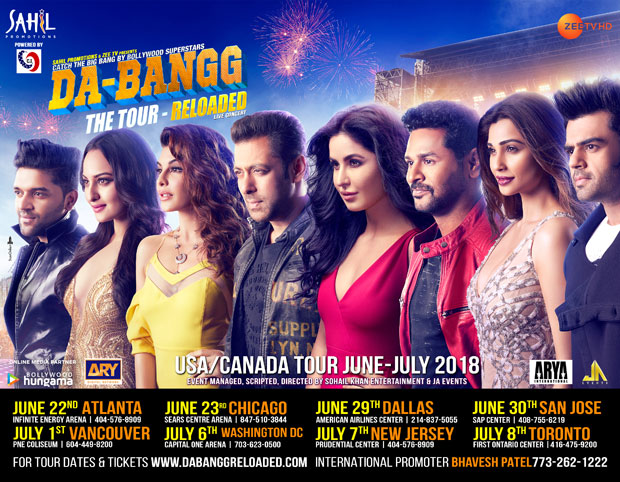 The itinerary of the concert tour as of now is:

Bhavesh Patel along with Jordy Patel and Adil Jagmagia of JA Events did a recce of all the venues recently and they were extremely satsified with the arrangements. All the venues have hosted some of the biggest rock concerts and they are meant for big ticket extravaganza. They also cleared the doubts if any in the minds of the local promoters in various cities. Sohail Khan addressed an hour long press conference in New Jersey and clarified on any and every matter.

Salman Khan has launched the poster of Dabangg Reloaded today. Some really interesting individual promos of each of the stars will be launched in the coming weeks.

"A concert tour like this has never happened in North America. We shall make every effort to make it a truly memorable experience for the stars and the fans. It's all about Karma. If your actions are honest and transparent, everything else will fall into its place," said Bhavesh Patel