She made her debut with Mirzya! But Saiyami Kher hasn’t revealed any plans about her next Bollywood film. However, the actress continues her stint with sports. Whether it is cricket or badminton, Saiyami is one actress who plays these games with spirit and enthusiasm. She is also known for her sports skills. And now we spotted the actress playing with badminton champ Saina Nehwal. 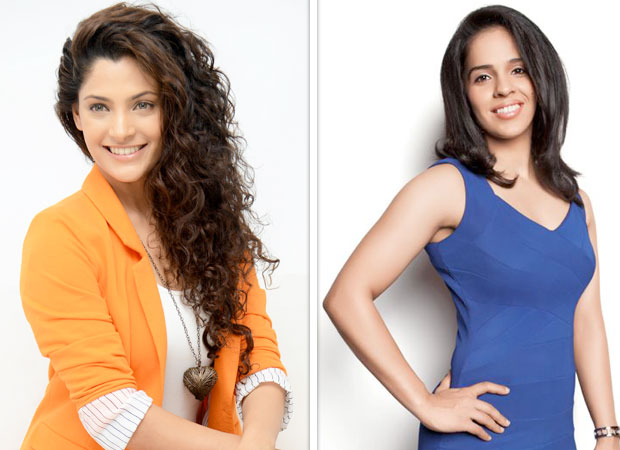 Yes, Saiyami Kher was spotted playing badminton with Saina and what more? She was definitely killing it in the court. If you don’t believe us, her video is the proof. Saiyami shared a video of her badminton game on Twitter. She also posted about the game saying, “Played last evening after very long. @NSaina I’m going to practice really hard to get 2 points from you whenever we play our pending match #Badminton #MondayMotivation.”

On the other hand, Saina Nehwal responded to Saiyami’s tweet with emojis.

However, let us tell you that it is not surprising to see Saiyami Kher retain her love for sports. We have seen the actress being associated with many sport events. She also believes that her athletic skills often help her in maintaining her fit lifestyle.
In the past too, Saiyami Kher has spoken passionately about sports. In fact, she has also revealed that she has played opposite Saina Nehwal at the Junior National tournament.

Played last evening after very long. @NSaina I’m going to practice really hard to get 2 points from you whenever we play our pending match ?? #Badminton #MondayMotivation pic.twitter.com/cPHbDOB3wE