Saif Ali Khan and ex-wife Amrita Singh’s daughter Sara Ali Khan is all set to make her big screen debut in Kedarnath at the end of the year. While the upcoming actress is super pumped about her debut, her parents are equally excited as well. Saif Ali Khan recently opened up about his equation with his daughter. 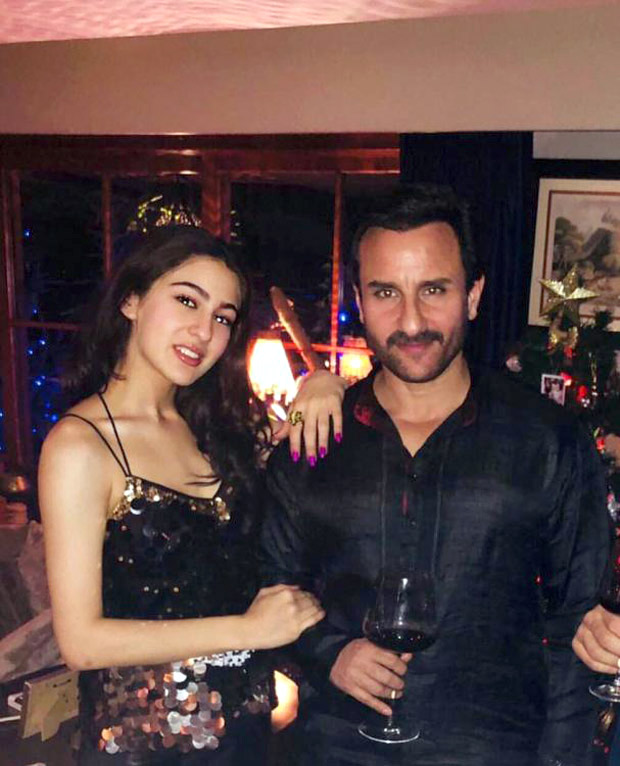 Saif Ali Khan, who is promoting his Netflix series Sacred Games, recently talked about his friendly bond with daughter Sara Ali Khan and her debut film in Kedarnath. Speaking to the BBC Asian Network, the actor was asked does this make him question his position as a leading man in Bollywood. He said, "I was quite young when I had Sara, we have a drink together from time to time. We are more like friends, so there's very little I can lecture her on in that sense. It's a bit odd, someone might even cast us in movie."

The host Haroon Rashid even talked about the existing issue of the massive age gap between actors and actresses in Bollywood and how often the actors are twice older than the actresses. Speaking about the same, Saif Ali Khan said, "Ranveer Singh is doing film (Simmba) with Sara, it's an age gap. You know your children when they grow older it does make you suddenly feel like wow time has gone by. I used to be the youngest guy in movies I remember that. But I'm okay."

On the work front, Sara Ali Khan starrer Kedarnath with Sushant Singh Rajput and helmed by Abhishek Kapoor is due for November 2018 release. Meanwhile, Saif Ali Khan will soon resume shooting for Navdeep Singh's historical drama. The actor will also be seen in Baazaar.


Also Read: Saif Ali Khan – Interpol controversy: The notice from the Bulgarian authorities question the missing 10,000 Euros that were to be paid to the company?