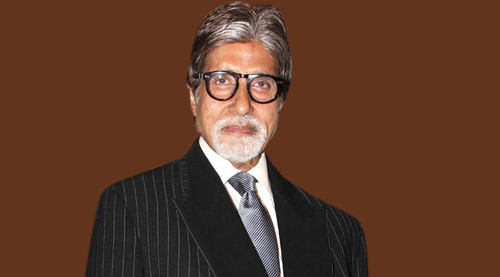 Earlier this week the media was abuzz with condolence messages, after the passing away of Sir Christopher Lee, the man who quite literally immortalized Count Dracula. But back here, in our very own tinsel ville, longtime resident and legendary actor Amitabh Bachchan posted a reminiscent message about his time spent with the Late Sir Christopher Lee on his blog. Below is an excerpt of the same:


"'Every actor has to make terrible films from time to time, but the trick is never to be terrible in them.' ~ Sir Christopher Lee


Ironic that it should come just at the time when news comes in of his passing at age 93! Christopher Lee, a giant of an artist â€¦ one that immortalised the Count Dracula in those horror movies... a gentle giant in reality... simple considerate and caring ..


Some years ago I was invited to be on the Jury for the Miss World Contest, in South Africa, soon after the year after our own Miss World debacle in ABCL. Sir Christopher Lee was on the panel of judges with us, and I remember the wonderful time spent with him during the contest. He was great company â€¦ played a few rounds of golf with him during the off moments, a proficient golfer with a handsome handicap â€¦ a few years later I got a note from him that he was on his way to India to film... a chapter in the history of pre independent Indiaâ€¦ he was playing Jinnah, the Founder of Pakistan .. I was travelling and could not respond to him... sad that I missed his company and the opportunity to host him here in Mumbai... and today he has left this world... prayers and peace in condolence!!"