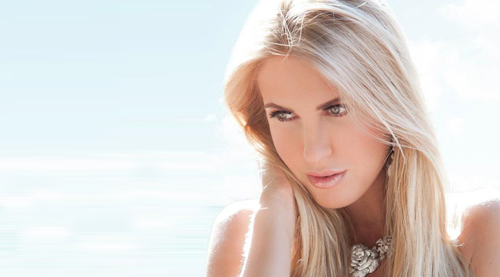 Though summers are still a while away, it is time for some racy videos to soar temperatures. Even as Sunny Leone is igniting heat with her 'Desi Look' act in Ek Paheli Leela, arrival of Russian beauty Natalia Kapchuk has come across as an entirely different holds-no-bar affair. For her video 'Tipsy Hogai' in the film Dilliwalli Zaalim Girlfriend, she is leaving nothing to imagination even as she takes a few steps ahead of Sunny Leone and even indulges in a lesbian act for screen.

Released last week, the song has found quite some eyeballs for itself, courtesy Ms. Kapchuk's unabashed performance in the music video which has certainly gone to the next level, as far as on-screen skin show is any indication. While the seduction quotient has peaked in this song which is a Dr. Zeus composition with Miss Pooja (of 'Second Hand Jawani' - Cocktail fame) as the lead singer along with Rajveer Singh, it is also crystal clear that first time director Japinder Kaur (from Dubai), who is in her mid-20s, has gone all out to spice up her Delhi based comedy with ample skin show on display.

"Well, 'Tipsy Hogai' is a fantasy song that personifies any guy's wish list - a hot girl and a fancy car. Well, the fantasy goes a little far as we have two girls on screen now," says Japinder with a smile on her face.

Thankfully, no one has termed the number as raunchy yet, even though quite a few eyebrows have already been raised for this film that features Divyendu Sharma, Pradhuman Singh, Prachi Mishra, Ira Dubey and Jackie Shroff in principle roles.

"I feel the video has been carried off with effortless oomph. I wanted it to be a very glamorous song with an international touch, since it's not much in the flow of the story and is a fantasy. Natalia is an extremely beautiful and gracious girl. She is a friend too. I will never present her in a way that would make either of us uncomfortable. There is a thin line between vulgarity and seduction, and we have maintained that," says Japinder.

Well, come 20th March, and once the film releases on that day, we would know how the impact comes across on the big screen.

"When I see mediocre cinema being made, I…

"I used to joke with friends that one day I…

Revealed: The story behind Zaalim Dilli…