Actress Rhea Chakraborty made headlines in 2020 for all the wrong reasons. The actress who was dating late actor Sushant Singh Rajput was accused of abetment to suicide by the latter's family members and was also kept under judicial custody for a month following an investigation by the Narcotics Control Bureau. 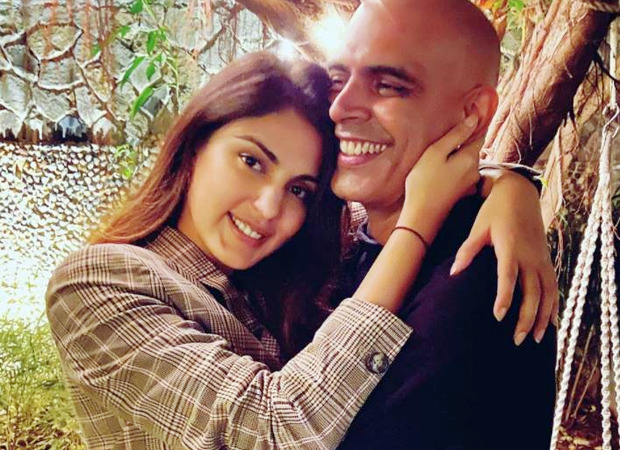 While she avoided being seen in the public eye after returning from custody for a long time, the actress is now out and about in the city. She recently spent some time with Raghu Ram and Rajiv Lakshman of Roadies fame. Raghu celebrated his son Rhythm's first birthday with his family members and wife Natalie Di Luccio.

Rajiv took to his social media handle to share pictures with Rhea from the party. "My girl," he captioned the post.

A little after this post, Rajiv took to his social media to share clarification about his caption. Turns out, a section on people on social media started taking the caption in a different context than intended. Clarifying on the caption, "My Girl," he wrote, "I seem to have created unnecessary trouble with my irresponsible choice of words on a post. Rhea is a dear old friend, and I'm happy to meet her again, & I wish her well." He later also deleted the earlier pictures with Rhea Chakraborty.

Rhea was arrested by the NCB in September on charges of 'possession, purchase and use' of drugs, which the agency investigated as a link to Sushant Singh Rajput's death. She was released on October 4 after spending about a month in Mumbai's Byculla jail.

Meanwhile, writer-director Rumi Jaffrey who was close to Sushant and Rhea recently confirmed that the latter will be making a comeback to the movies in 2021.

Sushant Singh Rajput was found dead in his apartment on June 14, 2020. The Cooper Hospital, in the autopsy report, mentioned the cause of death as 'asphyxiation due to hanging'. Later, a team from AIIMS, too, ruled out the possibility of murder. Meanwhile, the CBI is still probing the death and is yet to give a conclusive report.

ALSO READ: Rhea Chakraborty to make a comeback in 2021 with film directed by Rumi Jaffrey