Academy winner and James Bond actor Sean Connery passed away at the age of 90 on October 31. The Scottish-born actor was well-known for his portrayal of '007 on the big screen. His son Jason told the BBC the late actor had been “unwell for some time” and he died peacefully in his sleep while in the Bahamas." 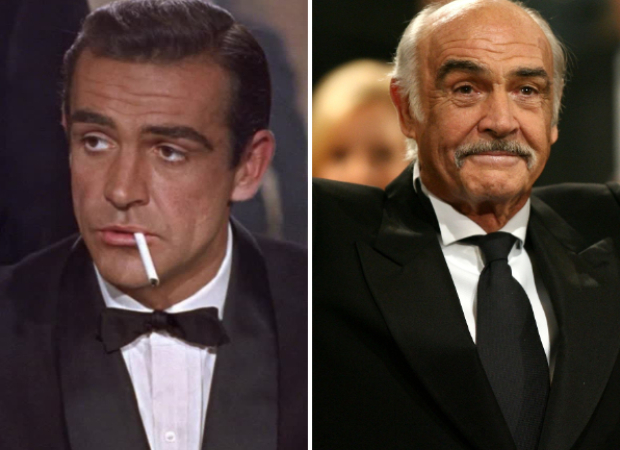 He had "many of his family who could be in the Bahamas around him” when he passed away overnight on Saturday (October 31). We are all working at understanding this huge event as it only happened so recently, even though my dad has been unwell for some time,” Jason said. “A sad day for all who knew and loved my dad and a sad loss for all people around the world who enjoyed the wonderful gift he had as an actor.”

Known as the sharp and enigmatic actor, apart from being one of the all-time favourite James Bond, the later actor starred in films including The Wind and the Lion (1975), The Man Who Would Be King (1975), Indiana Jones and the Last Crusade (1989). He won Academy Award in the Best Supporting Actor category for The Untouchables (1987). He was last seen on the big screen in Stephen Norrington’s The League of Extraordinary Gentleman (2003).

how does one even thank sean connery for all the films...

We’ve lost another legend today. After watching Highlander I hoped he’d remain immortal. He will live on through his immense work. #RIP Sean Connery. There will never be a better Bond than you. ????????

Rest in peace Sir Sean Connery. They don’t make them like you anymore... #OGBond♠️ pic.twitter.com/Rbzt4bKyDV

This year just continues to get worse... My fave..absolute legend... the best 007 there ever was & one of the few actors who transcended Bond to give other memorable performances. The epitome of style and charisma.. RIP #SeanConnery ???????????? pic.twitter.com/ShO5sBDzla

The legend Sir Sean Connery, the first and best James Bond, Indiana Jones father Henry Jones Sr. The incredible Jim Malone in The Untouchables are a few of the incredible incredible characters he brought to life. Will always stay with me. Thank you. RIP. #ripseanconnery pic.twitter.com/2p3Qr7yvzW

He was and will always be James Bond for me. Sean Connery forever.

The man who defined “cool” before the word really meant anything besides temperature .. the only #JamesBond that was hard to live upto .. Sir #SeanConnery RIP Legend ???????? pic.twitter.com/5EKFSDKSHO

Sean Connery . Sir . Your legend will live on forever . Well done Sir. You won this life . ❤️ thank you for inspiring us with the extent of your human potential. R.I.P

‘Love may not make the world go round, but I must admit it makes the ride worthwhile’ RIP Bond, James Bond ???? pic.twitter.com/vUJ436DvTw