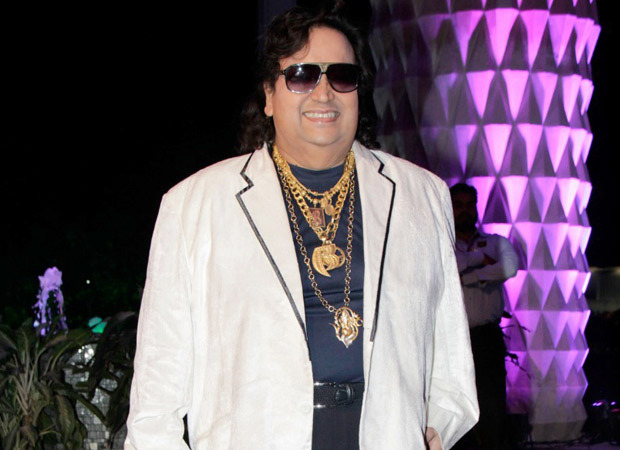 PM Narendra Modi also paid tribute to the legendary composer-singer and wrote, "Shri Bappi Lahiri Ji’s music was all-encompassing, beautifully expressing diverse emotions. People across generations could relate to his works. His lively nature will be missed by everyone. Saddened by his demise. Condolences to his family and admirers. Om Shanti."

Shri Bappi Lahiri Ji’s music was all encompassing, beautifully expressing diverse emotions. People across generations could relate to his works. His lively nature will be missed by everyone. Saddened by his demise. Condolences to his family and admirers. Om Shanti. pic.twitter.com/fLjjrTZ8Jq

Bollywood celebrities including Ajay Devgn, Madhur Bhandarkar, Nimrat Kumar and many have taken to social media to pay tribute to late composer-singer.

Bappi Da was so endearing in person. But, his music had an edge. He introduced a more contemporary style to Hindi film music with Chalte Chalte, Suraksha & Disco Dancer.
???? Shanti Dada???? You will be missed

Shocked to hear of the sad demise of Veteran Music director Bappida, was fortunate to have him sing a track in my film #InduSarkar, an unsurmountable loss to his fans & the music industry. Heartfelt condolences to his family members. #OmShanti ???? pic.twitter.com/qBdCikNxjx

This is terrible news to wake upto.
A good part of melody gone forever.
Rest in Peace BappiDa.
You have left a void in our hearts. https://t.co/h6Cpw6Vb5B

#BappiDa ….like millions of others in my generation I, too, have grown up to your songs! The world of music has lost another legend! RIP pic.twitter.com/pwCsR94umj

The gates of heaven got shinier today… thank you for an era of such groovy joy Bappi Da ???????? #RIPBappiLahiri pic.twitter.com/uGKnHHMEn5

Pag Ghungroo is THE best Bappi Da song. Spending this morning listening to it. Find yours.

#KingOfDisco RIP #BappiLahiri #Bappida started the disco revolution in India. One of my fav albums & songs of his is Chalte Chalte by Kishore Kumar. All songs of the film/album blockbuster hits. pic.twitter.com/4J5DwV8Q4R

Unique, lively and incredibly versatile- His music was melodious and refreshingly different. You will be missed Bappi Da!

Met him last on 28th June, 2021.. we were recording for a Bengali song together. Who knew that it would be our last meeting.. life is so damn unpredictable ????

Saddened by the sudden demise of veteran music composer-singer #BappiLahiri ji. Fortunate to have gotten an opportunity in this lifetime to work with him. An iconic legend, Bappi da’s music will remain forever alive in our hearts. Deepest condolences to his family. Om shanti ???? pic.twitter.com/BHw5Lj3KWL

I'm stunned. He will forever be a legend, but more than that, he was a friend.

We shared a mutual love & respect, & I'm grateful that VS were the first composers he sang for outside of his own songs.

He created a difference with his desi disco n indian melodies in hindi film music.
A noble talented master is no more but his music is with us

Today we lost another gem from the music industry… Bappi Da,your voice was the reason for millions to dance, including me. Thank you for all the happiness you brought through your music. My heartfelt condolences to the family. Om Shanti ????????

Cannot process this loss.. i genuinely can’t believe that you’re gone. Will miss you so much Bappi Da.. I’ll never forget the love, support & encouragement you gave me as a little kid and throughout my career. May your kind soul rest in peace ???????? #BappiLahiri pic.twitter.com/XQmM5OZ6hD

You will get the dance floors grooving anywhere you go Bappi Da❤️????????✨ I am a disco dancer because of you. And so many more will be, because your music will live on. Om Shanti pic.twitter.com/qfXRGMWX2z

Complete Loss Of Words.
Heartbroken by the demise of The legendary Bappi Lahiri Ji,
Truly a big loss. My condolences to his family and fans. Your music will live on forever sir ????#RIPBappiLahiri pic.twitter.com/UPrJ8utWIl

Today we lost the disco king, Bappi Da you were not only an amazing music composer and singer but also a beautiful and happy soul.
End of an Era.
May your soul rest in peace ????????#RIP #BappiLahiri pic.twitter.com/WlSBwAdaCV

Shocked to hear about #BappiLahiri Ji's demise.
Bappi Da, you have left the world, but you will stay in our hearts forever. Deepest condolences to the family.
ॐ शान्ति ???? pic.twitter.com/Qyh2EbkKtg

God Bless you and your family Bappi Ji. You and your voice will live till the end of time in our hearts!#RIP #BappiLahiri pic.twitter.com/GgARaMnCdI

He was India’s First ‘ROCK STAR’!!
He was full of love & generosity!
Will miss him dearly…

The most iconic personality, a true rock star of our country. Have been so fortunate to have had your blessings through my career, got several opportunities to sing with you. Bappi da, you have gone too soon. Will miss you terribly. Rest in peace. Om Shanti????????#BappiLahiri pic.twitter.com/OTmk6ho40e

The Gold Standard in music…. The Disco King forever…. He will be truly missed forever …. RIP Bappida…. ???? pic.twitter.com/lAOiUB2QUl