Ridhi Dogra portrays the lead character Astha in ALTBalaji and ZEE5's much-talked-about upcoming show, The Married Woman. All her life, Astha has lived for others selflessly. Society deemed her role as a woman was to be everything that her husband and family expected her to be. 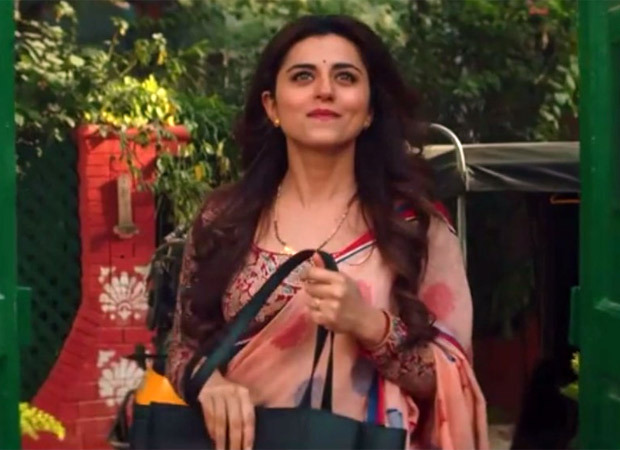 The video showcases Astha finding herself on a new path of self-discovery. The video takes you on Astha's journey of being conditioned to be the perfect married woman. Astha's realization to finally search for her individuality and facing the storm head-on makes the short intro video very intriguing. A pertinent question leaves the viewers in anticipation. Will she ever be brave enough to cross the boundaries when the time comes?

Even the beautiful poster of Astha launched recently sums up her journey – from being a suppressed, timid 'perfect woman' loyal to her family, to be a carefree, spirited soul. The birds flying in the poster denote the importance of Astha's state of mind as she decides to take the plunge.

The trailer has deftly and beautifully voiced the varied phases of Astha, who struggles through her inert conditioning, v/s her individuality.

A Married Woman is an urban, relationship drama about women and their conditioning levied by society and her search to find herself. The show features Ridhi Dogra and Monica Dogra as the central characters and notable actors, including Imaad Shah, Ayesha Raza, Rahul Vohra, Divya Seth Shah, Nadira Babbar, and Suhaas Ahuja, among others.

Watch The Married Woman streaming from 8th March only on ALTBalaji & ZEE5.

ALSO READ: ALTBalaji and ZEE5 release the teaser of ‘The Married Woman; web series to release on Women’s Day