Ranbir Kapoor's elder sister Riddhima Kapoor Sahni certainly has a great archive of old pictures. Every now and then, she shares priceless throwback images of the Kapoor family, and leaves fans delighted. 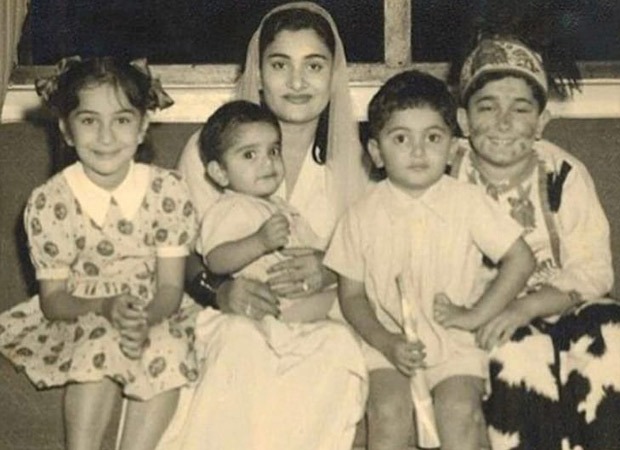 On her Instagram stories, Riddhim shared a childhood photograph of her late fater Rishi Kapoor. In it, Kapoor is accompanied by siblings Randhir Kapoor,  Ritu Kapoor, Rajiv Kapoor, and mother Krishna Raj Kapoor.

Post the veteran actor's demise, Riddhima and Ranbir have been quite a pillar of strength for the family. Kapoor, who was battling cancer for two years, passed away at a Mumbai hospital on 30th April. Riddhima, who was in Delhi amid the lockdown, could not make it to Mumbai for the funeral. However, she reached later the same day.

Kapoor had returned to Mumbai last year in September, after being treated in New York for nearly one year. He was shooting for his comeback film Sharmaji Namkeen alongside Juhi Chawla before his health detoriarated.