Ever since last month Richa Chadha and Ali Fazal has been in wedding mode. After wrapping up their work, they flew to Delhi to kick off their wedding celebrations last month. Starting with an informal gathering, Richa and Ali opted for the quintessential big fat Indian wedding style. From mehendi to sangeet, the couple had a filmy wedding. A recent clip from the much-in-love couple’s Lucknow wedding found its way online and we can see the bride making a rather Bollywood-style grand entrance with melodious music in the background. 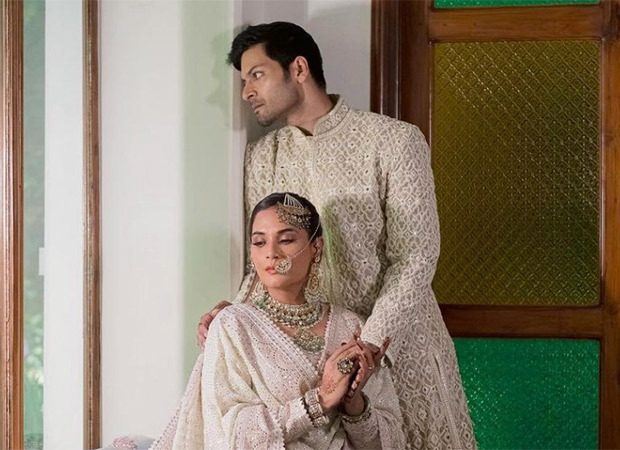 Richa Chadha makes a grand entrance at her Lucknow wedding reception; husband Ali Fazal can’t take his eyes off her

Richa Chadha and Ali Fazal hail from the Northern part of India following the wedding traditions represented that culture. At their wedding reception in Lucknow, the couple not only opted to don their ethnic attire but also opted for a traditional wedding setup. The video captured a lovely moment where much-in-love Ali Fazal looked on as his wife Richa actress walked down the aisle as a bride with Sabri brothers playing ‘Afreen Afreen’. The couple also hosted a grand reception in Mumbai which saw several actors from the Bollywood industry.

Richa Chadha and Ali Fazal kicked off the celebrations by hosting an intimate get-together with their families on September 28. Followed by that, they also hosted a mehendi and sangeet ceremony with friends and family. Dance videos from the sangeet ceremony found its way on social media where the actors were seen dancing candidly over many songs including one from their film Fukrey.

Coming to their professional commitments, Richa Chadha will next be seen in Sanjay Leela Bhansali’s magnum opus web-series Heeramandi whereas Ali Fazal will reprise his role as Guddu Bhaiyya in the season 3 of popular Amazon Prime series Mirzapur.