Shashank Khaitan’s directorial Dhadak, which is the Hindi adaptation of the Marathi hit Sairat, is all set to release this week. Since the film is set up in Rajasthan, the lead actors Ishaan Khatter and Janhvi Kapoor learned Mewari language for their characters. To understand the dialect, they conversed with the locals in Udaipur. The duo even went on a bike ride to soak in the sights and sounds of the city. 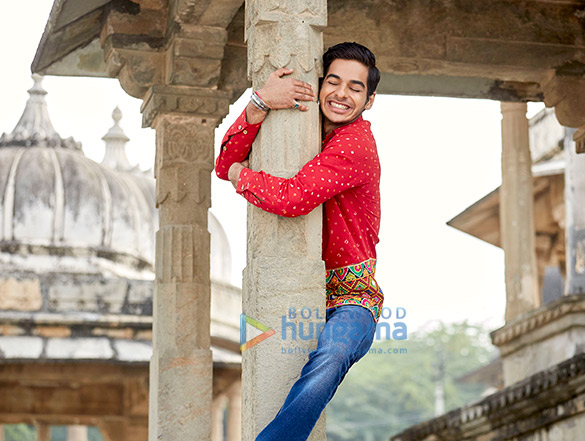 That's not all, the outfit and accessories that the actors are wearing in the film were personally picked by them along with the director from Rajasthan. The idea was to get the local flavor down pat. The song ‘Pehli Baar’ showcases Ishaan Khatter donning a shirt with a desi twist. What’s interesting to note is that the shirt was made out of four lehengas! The song also shows him jumping into the water. During the shoot, he had to jump into the pond a number of times, so to ensure that there was a dry shirt ready for each shot, the makers got not one, but four of the same made. The actor also got his ears pierced to get into the role of Madhu, a Rajasthani boy.

Dhadak is the Hindi adaptation of Marathi blockbuster, Sairat. The original film starred Rinku Rajguru and Akash Thosar and was helmed by Nagraj Manjule.  It follows the story of Madhukar and Parthavi and their fierce and unconditional love that fights fate. But as their love grew, so did their problems as their families reject their love. The film, produced by Karan Johar, Zee Studios, Hiroo Yash Johar and Apoorva Mehta, is slated to release on July 20, 2018.

Also Read: WATCH: Janhvi Kapoor and Ishaan Khatter have a funny take on the ‘Puppy’ joke from Dhadak