Some called her a born genius of an actress. Some of the most enlightened critics wrote volumes about her as one of the greatest actresses in the world. She was the life of art, parallel or new wave cinema but she also mastered the routine, the masala or commercial cinema. She had several sterling qualities shining as an actress. She was all heart; she followed the dictates of her heart in everything she did as an actress. She could be all fire and she could be as soothing as snow. She had the passion unparalleled and she could be the true meaning of anger. She could be the slum woman bathing in the open, the smoldering Harijan, the tribal woman who is raped and the woman warrior fighting against all wrong, all evil and set the perpetrators of such heinous crimes on fire with the fire in her eyes and in her wounded heart. She was all this that everyone knew about and much more which went untouched and untapped because life was very short and she died when she was just thirty, but the work she did in that short span of time has given her a place and a glowing niche which will be remembered for all time. 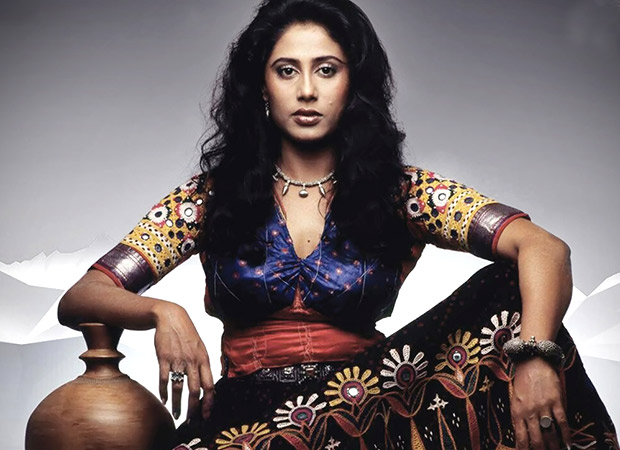 Smita Patil was a complete and consummate actress whose ability to face the most difficult challenges and triumph over them has now become a part of the art of great acting, acting without resorting to any method of acting, without relying on cinematic techniques or any other props to depend on. To think of it, Smita Patil has not been taken as seriously as she should have been, she has not been given the recognition she really deserves which other actresses limited by their own short comings received with all their manipulations and maneuverings to make it known that they were the best in the field, that they were the ultimate when it came to female talent when the actual truth is for away from what they believed about themselves. Smita Patil did not do anything, try any games the way some others did. She did her work and left it to people to pass judgment on her. She had to just be Smita Patil the actress who understood her roles forgot herself and became the character and lived the roles and she was a woman without any stress, without any tension, without any effort to die to live any role. To say Smita Patil was one of the greatest actresses of the last hundred years of Indian Cinema is saying nothing about her…

And yet Smita Patil did not have a great lineage or a tradition or a family in films. She depended on her own self and she learned the art of acting without trying to ever learn it. She created the Smita Patil era, all by her own inborn talent.

Smita was born in a middle-class Maharashtrian family in which socialist thinking was the ruling philosophy. Her parents got her a basic foundation of education in Marathi. She then went to one of the best English medium colleges (St. Xavier’s) and surprisingly did not find herself out of place because she was outstanding in everything she did academically, socially and in elocution competitions.

It was even while she was in college that Doordarshan Bombay selected her to read the daily News in Marathi. She was so attractive and expressive that people watched the news more because of her than because of their interest in the news. Shyam Benegal was one director who was greatly inspired by her and he offered her a leading role in his film, Nishant which already had a group of some very well talented artists. But Smita excelled and was marked out by all those who saw the film. Benegal had complete confidence in her and cast her as the Harijan in Manthan and as an actress living a complicated life in Bhoomika and Smita not only won the hearts of the people but also all the major awards including the national award and was recognized as a major talent who would make greater strides.

Other leading directors who depended on her talent were Rabindra Dharamraj who made Chakra, Govind Nihalani who made Ardha Satya and Aakrosh, Ketan Mehta who made Mirch Masala, Dr. Jabbar Patel who made Jait Re Jait (Marathi) and Subah (Hindi) and Umbartha (Marathi) and Mahesh Bhatt who made Arth which pitted her against her formidable competitor, Shabana Azmi and today, twenty- years later after the film was released the debate about who was better in the film still goes on. 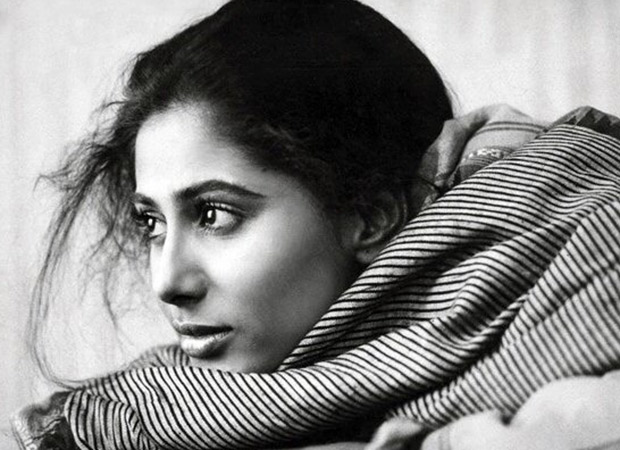 Smita who was now well known for her performances went on to take one more decision from the heart. She decided to become a part of the big Bombay Hindi Cinema. The actress who worked her powerful magic in some of the most remarkable films, remarkable mainly because of her performances fell into the trap of the Bombay masala films out of her own will and did one substandard film after another. She worked with big directors like Ramesh Sippy, Prakash Mehra, Raj Kumar Kohli and even B. Subhash who made rank B grade films. She worked with giants, Dilip Kumar, Dev Anand, Dharmendra, Shashi Kapoor and Amitabh Bachchan.

She then formed a team with a much smaller actor called Raj Babbar. They did any number of films as the romantic lead but they could not make any headway individually or together. Smita however took the initiative, (her own admission) and fell in love with Raj knowing fully well that he was a married man with two children. She forgot all about her ambitions and all the ambitions other people had for her and threw all caution, customs and traditions to the wild winds and took a bold step and married Raj which raised a major controversy. Smita was pregnant and delivered a baby boy and they named the boy Prateik. The controversies affected their careers. They did not have as much work as they used to have. Was it some kind of a boycott on them by the people, society and the industry? The answers are still to be found.

Then one day after Smita was a mother she suddenly fell seriously sick and was rushed to the Jaslok Hospital. Some of the best doctors battled to save her life but nothing worked. Smita Patil died within hours after being admitted and left a world full of admirers in deep shock. Her funeral was made a political issue between the Congress party and the Shiv Sena which was in power in Maharashtra. The Sena finally had its way and Smita was given what seemed like a state funeral. Her body dressed in bridal finery was placed at the famous Shivaji Park near the statue of Shivaji Maharaj while hundreds and thousands of her admirers passed by paying homage to one of the greatest actresses of the country and the world. Her body was set to flames and reduced to ashes leaving a hundred or thousand different questions in every mind. One thing was however clear in every mind and they were all unanimous in agreeing that there could be only one Smita and never another.

The other man who had made similar predictions was Sanjeev Kumar

While talking to me at a hotel in Bangalore, he suddenly became emotional and told me something which I didn't take seriously because he was quite high. He had said that no male member of his family would live beyond 50. His father had died when he was exactly 50. His younger brother, Kishore Jariwala who was an unsuccessful actor and music director died when he was 49. His youngest brother, Nakul Jariwala with whose family Sanjeev lived in a small room died when he was only 36. And Sanjeev himself died of a massive heart attack when he was 47 and his body was kept for 3 days because of the crowd which kept coming from different parts of the world to pay homage to one of the greatest actors who could not receive the recognition he deserved.