Salman Khan might be great as a badass cop with plenty of mischievous ideas, but he is great with children too! We aren't saying this. Raveena Tandon, who shared a major throwback photo of her daughter Rasha Thadani posing with Salman, vouches that the actor is 'the best ever with kids'. 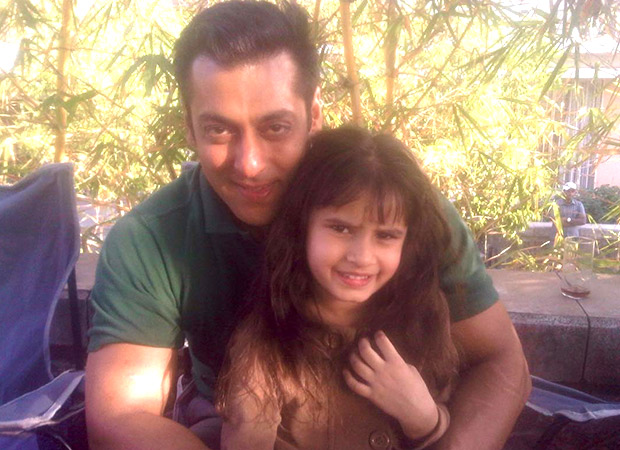 The picture has Rasha sitting on Salman's lap while they both flash a warm smile! 'How time flies .. down memory lane,when @officialrashathadani was all of 5 years old .. hanging with uncle salman.. must say he is the best ever with kids,' Raveena wrote. Rasha is a 14-year-old, grown up, pretty girl now. The photo is nearly a decade old, but Salman has changed little!

Also, we do agree that he is great with kids indeed. We often come across pictures and videos of Salman having fun times with nephew Aahil!

The actor is presently into a promotional spree of his upcoming release Dabangg 3, for which he reprises his role of Chulbul Pandey. He has also started working on Prabhu Dheva's Radhe: Your Most Wanted Bhai, also starring Randeep Hooda and Disha Patani.