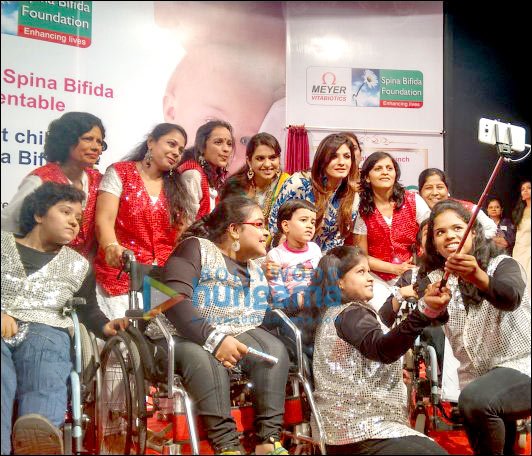 Actress Raveena Tandon may not be making too many appearances on the silver screen but the actress is definitely active on social networking sites as well as spotted at many public events. The 90s diva who is now a mother is not only uninhibited about raising her voice against injustice but is also involved in many social causes. Recently, Raveena Tandon unveiled the 'GoFolic' campaign that has been started for the wellbeing of pregnant women.

During the event that happened in Mumbai, the talented actress talked about the importance of taking Folic supplements for all the expecting mothers. The actress also added that the would-be mothers must start taking folic acid tablets at least three months before planning pregnancy. The campaign was started to create awareness about the birth defects and the actress has been associated with the Spina Bifada Foundations since quite some time.


Apart from interacting with the media, the actress also clicked many selfies with the children who were present at the venue.