On Shamita Shetty’s birthday, her alleged boyfriend, actor Raqesh Bapat has composed a heartfelt birthday wish for his lady love. Raqesh and Shamita met on Bigg Boss OTT and fell in love. As Shamita turns a year older, Raqesh dedicated a special post to his girlfriend on his Instagram account. 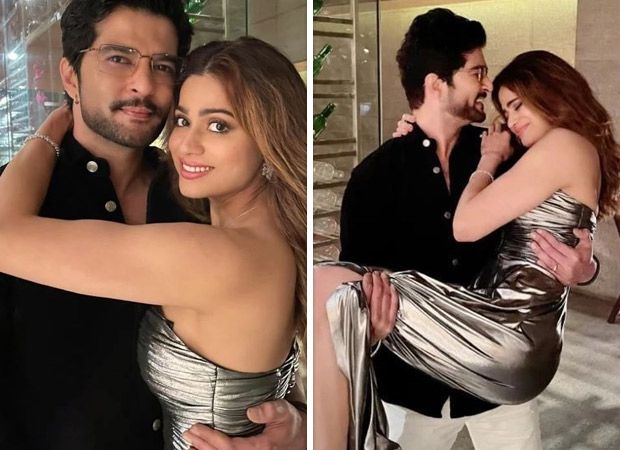 Sharing a series of lovely pictures with his lady Shamita, Raqesh wrote, “Happy birthday, love." In one of the pics, Raqesh can be seen holding Shamita in his arms as she blushes. Bigg Boss 15 contestant Rajiv Adatia, who considers Shamita his sister, dropped a bunch of red heart emojis on the post. Shilpa Shetty Kundra was quick to like Raqesh’s post.

The duo also stepped out of the birthday party to pose for a few pictures for the paparazzi and media. Shamita looked absolutely stunning in a silver dress, while Raqesh looked super dapper in a black shirt and off-white trousers.

The Shetty-Bapat couple is very much in love and rumors say that the two want to tie the knot soon. On the grand finale of Bigg Boss 15, Raqesh Bapat hinted at a possible engagement with his ladylove Shamita Shetty. The Tum Bin star had appeared on the show along with Shamita’s mother Sunanda Shetty and best friend Akanksha Mahotra to show his support for her.