It was just a couple of days ago when Nawazuddin Siddiqui's dream mansion was unveiled among the audience. The house has been built by Nawaz in the memory of his late father and is named 'Nawab'. The house's architecture and its interiors are designed according to Nawaz's ancient house in his hometown. 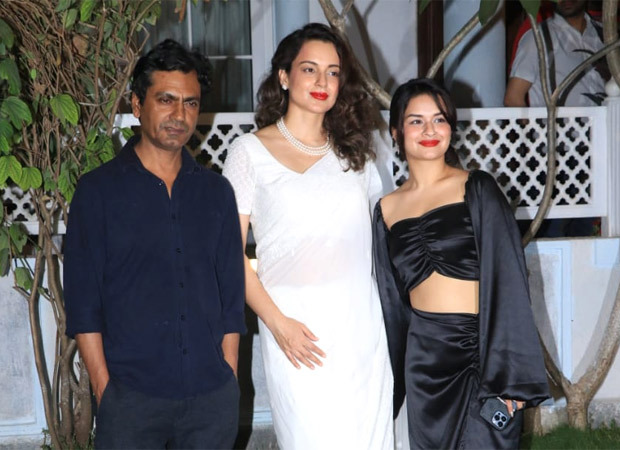 Recently, a house warming party of the mansion was organised where many people from the industry marked their presence. Siddiqui's co-star from his film Tiku Weds Sheru Avneet Kaur also visited him. Avneet Kaur was also accompanied by the film's producer Kangana Ranaut.

The trio was seen posing for the paparazzi outside the mansion and its pictures are surfacing on the internet. In the pictures, Kangana looked stunning in a simple white saree which she paired with a pearl necklace. While she kept her hair open and opted for curls. For the make up shekept bold lips which complimented her overall gorgeous look.

While Nawazuddin kept it simple and casual with his navy blue shirt and grey pants. On the other hand, Avneet looked stylish in her all-black outfit comprising of a satin crop top with flared sleeves and a pencil skirt having slits. 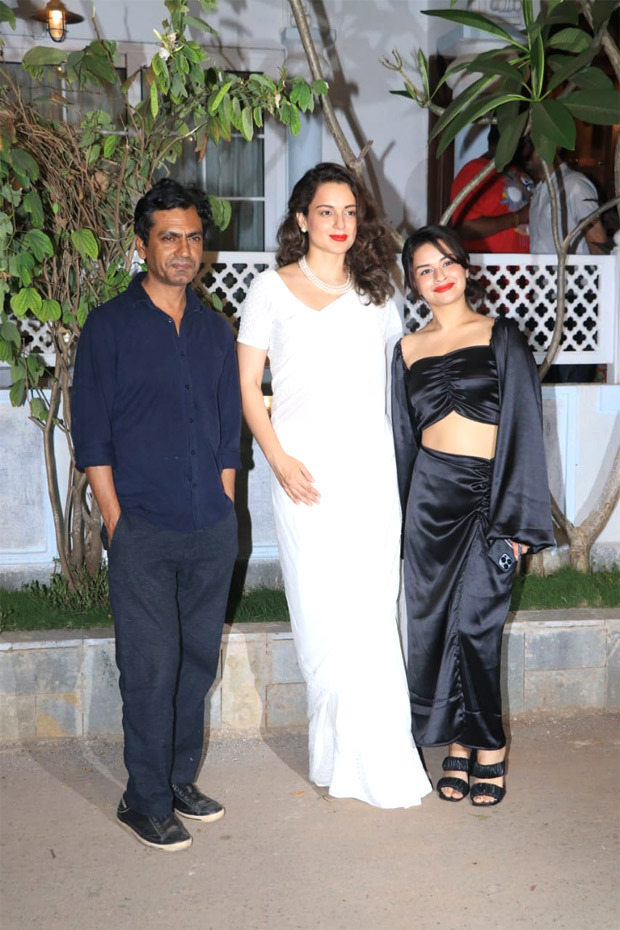 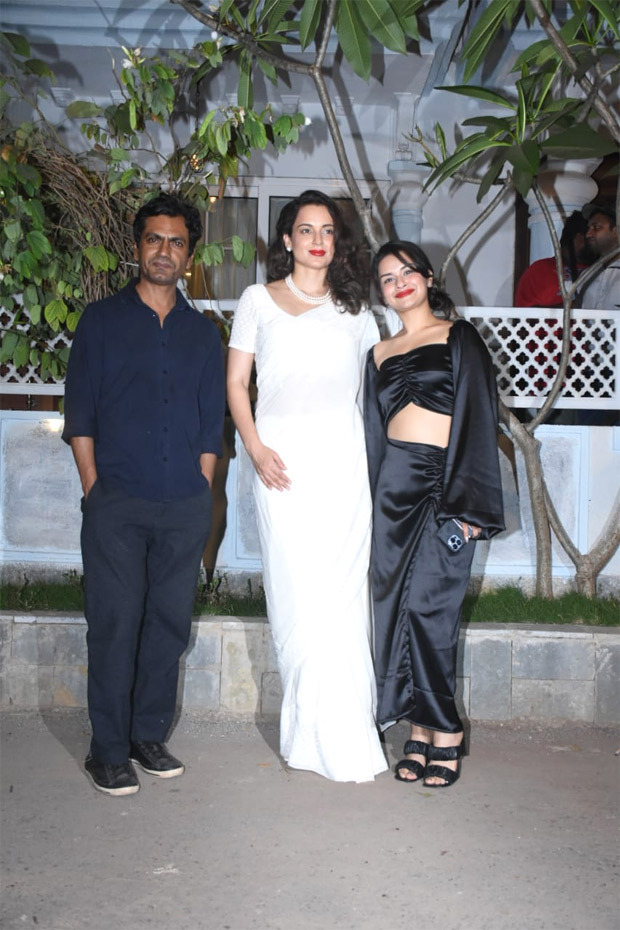 Meanwhile, on the work front, Kangana Ranaut has a bunch of films on her kitty including Dhaakad with Arjun Rampal and Tejas where she will be seen essaying the role of an Air Force pilot. The actress has also been roped in for Sita: The Incarnation. Nawazuddin Siddiqui on the other hand will next be seen playing a pivotal role in Heropanti 2 starring Tiger Shroff and Tara Sutaria in lead roles.