Ranveer Singh is very close to his family especially his sister, Ritika Bhavnani. The actor, on several occasions, has mentioned that his sister has been his pillar of strength. He has often posted adorable photos with her and even gave an emotional tribute to her during his Filmfare Best Actor Award win for Bajirao Mastani. So, when it came her brother's birthday this past weekend, Ritika had a special photo for the fans to see. 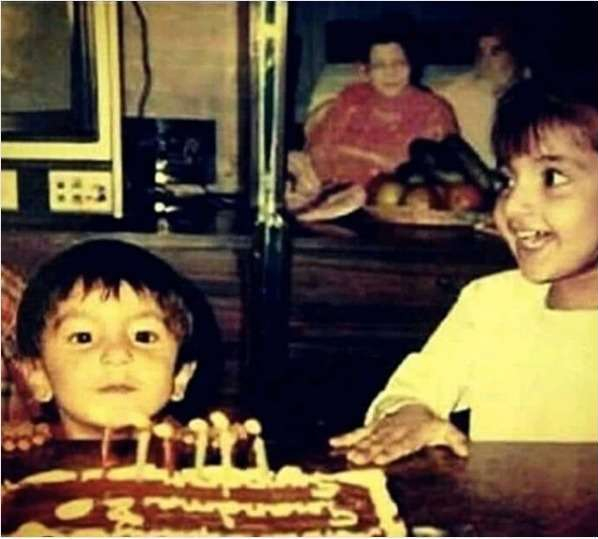 The big sister Ritika Bhavnani shared an adorable photo of toddler Ranveer Singh at his birthday celebration from childhood. While she is smiling in the photo, Ranveer looks super cute while looking at the camera. It seems like the photo was clicked during one of the birthday celebrations. Ranveer received a lot of love and affection from fans all around the world. Even Bollywood celebrities put out special messages for the beloved actor.

On the work front, Ranveer Singh is currently shooting for Kabir Khan's film, '83. The actor shared the first glimpse on his 34th birthday as he gears up to portray Kapil Dev on camera. The actor's film is based on the true events of 1983 World Cup. It is set to release on April 10, 2020.

ALSO READ: Ranveer Singh’s latest post about Deepika Padukone is going to leave you like a bowl of mush!