Last Updated 30.05.2020 | 1:18 AM IST
feedback language
follow us on
Home » News » Bollywood Features News » Bollywood News Ranveer Singh will click a selfie with you, but only on this condition (watch video)

Ranveer Singh today is the top actor of Bollywood and this does not come effortlessly. After being typecast as a typical Delhi launda in his initial movies, he dared to break the mould and give us unforgettable, diverse characters with movies like Lootera, Bajirao Mastani and now Padmaavat. Singh is currently shooting for Zoya Akhtar’s Gully Boy and we can’t wait to see the first rushes of the movie. We are just waiting for Ranveer to dazzle us with yet another versatile role with the Alia Bhatt starrer. Singh is currently shooting in and around Bandra, Dharavi area and was spotted at a popular club in the area. Not surprisingly, masses went crazy to click a selfie with their favourite superstar. What did our lad do then? Well he made them stand in a civilised queue and clicked a picture with each other of them. Smiling for everyone, patiently. Now, this is a true making of superstar. 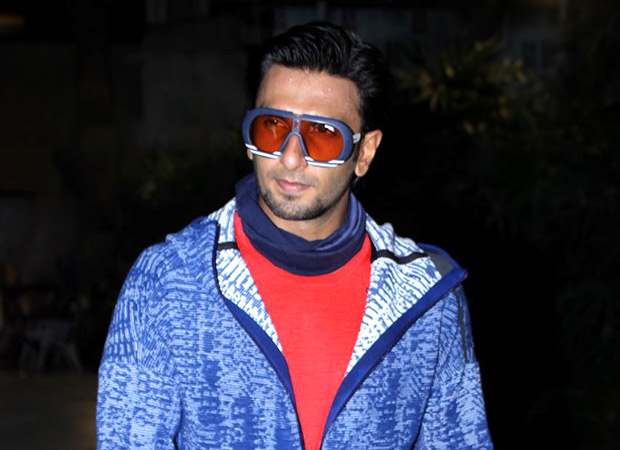 It is amusing and a bit hilarious to see Ranveer making everyone stand like school kids with a practiced detachability. Isn’t it cute to see him in a garb of a superstar who is just coming to terms with his new found status? The onscreen Khilji looks completely at ease as he interacts with his fans. And that is his biggest USP. That sets him apart from his contemporaries, his familiarity and ability to connect on a personal level beats even Shah Rukh Khan, at times.

After Gully Boy, he will be seen in Rohit Shetty’s Simmba and Kabir Khan’s 1983.

Now a line to.meet #ranveersingh . Yes this is baba 3.0

Also Read: Ranveer Singh REGRETS saying that he could have done Kaminey better than Shahid Kapoor