In Bollywood there are no permanent jhagdas or friendship. Every Friday practically decides how things will go down in this big bad business of movies. So, it is now understood that relationships are a bit flimsy in the filmy world and everything comes at a price here, including success. Currently, Ranveer Singh, Shahid Kapoor and Deepika Padukone are making a lot of news and are at the centre stage of attention in the B-town. This is obviously because their film has created history by shattering box office records, becoming the highest grosser of the lead stars’ career. They sure deserve all the praise for first of all braving the controversies and giving us a spectacular film despite all obstacles. Now, Shahid and Deepika are being appreciated for their roles, it is Ranveer’s Allaudin Khilji character that has seemed to make a lasting impression. 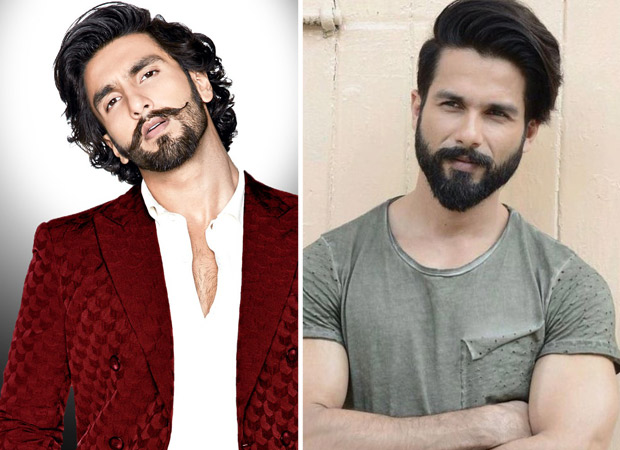 After the release, there has been a lot of talk about the supposed rivalry between the two male leads, Shahid Kapoor and Ranveer Singh. Shahid’s statement to media that he felt like an ‘outsider’ on Padmaavat sets also did not go down very well with Ranveer. Then, there were reports that how the three stars did not want to promote the film together! Well, despite all of this, the Gully Boy star recently spoke on television and spilled beans on his marriage plans with Deepika Padukone and his rumoured rivalry with Shahid Kapoor.  He was asked whether he remembers that a few years ago he had claimed that he could have pulled of the title role in Kaminey better than Shahid himself. To which he said that he regrets doing the same and even said that he must have made a sweeping statement like that out of sheer arrogance! Does this mean that he has extended an olive branch to Shahid? Or they remain frenemies despite this statement?