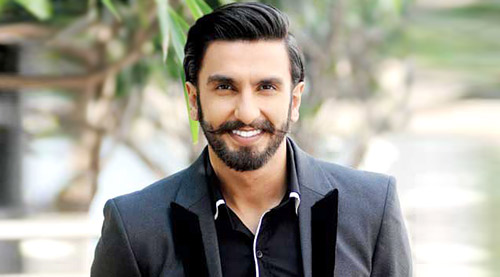 Ever since the release of Band Baaja Baaraat, Ranveer Singh has turned out to be one of the most reliable and dependent stars around, who is well on his way to be a superstar. With Sanjay Leela Bhansali trusting him to step into his magnum opus Bajirao Mastani after delivering a big hit in the form of Ram Leela, Ranveer is indeed scaling newer heights with every passing year. With films as distinct as Dil Dhadakne Do and Bajirao Mastani arriving in a single year, he is also showcasing different facets of his acting talent in quick succession.

No wonder, when it came to his biggest film ever, Ranveer went all out and dedicated himself to the vision that Bhansali carried. One such requirement was to keep more than 200 days aside just for the shooting of the film.

"Well, it was all worth it after all," says Ranveer in a proud tone, "These 200 odd days were spread over a year in fact. That said, to be honest, a film like this takes time to be shot. The process of filmmaking is never straight forward. Things evolve over a period of time and you have to give your all when this is something as big as Bajirao Mastani."

Meanwhile, the look factor meant that he couldn't just step into the sets of another film and start shooting.

"That was always a commitment and I was ready for that. I couldn't work for any other film due to this look and frankly, it is all fine with me," says Ranveer, "It was important for me that I stay on as this character. The film warrants that you stay consistent for screen. Yes, I knew that this is a lot of time to give to one movie; 200 odd days are substantial after all. However, it is all well worth it."

Still, right through the shooting of the film, he was never ever cautious about checking out how the scenes were being canned, considering the master craftsman at the helm of affairs.

"With Mr. Bhansali there, there was no reason for me to go to the monitor and check out how I had done. In fact I have essentially seen my scenes for the first time while dubbing for it," reveals Ranveer.

The results have left him stunned.

"Saying that I am thrilled would be an understatement," Ranveer adds in an enthusiastic tone, "I am glad to see that we have got what we had worked for. Bajirao Mastani is unlike anything else that I have done and I am very happy. Mr. Bhansali empowers your creativity and that shows in the final product."

Well, the wait is on for the final product to be seen this Friday when the film releases all over globally on a massive scale.