Last Updated 09.07.2020 | 2:15 PM IST
feedback language
follow us on
Home » News » Bollywood Features News » Bollywood News While Ranveer Singh does NOT want to be exploited by Karan Johar, Malaika Arora asks if he wants to unravel her!

Ranveer Singh sure knows how to impress with his quick wit and amaze attitude! As a part of a promotional run, he was on the sets of India's Got Talent with Karan Johar, Malaika Arora, Kirron Kher and of course his co-star Sara Ali Khan. Now Karan and Ranveer together guarantees oodles of Masti and lots of fun! KJo shot a toodles video in his style and got a funny reaction from his guests as well as his constants: Malaika Arora and Kirron Kher. He started off with his 'Mornin Mallaàaa’ routine and asked her, “All foiled up and nowhere to go! You look like packaging today.” Malaika had the zaniest response to that one. She asked, “Would you like to unravel me.?” To which Karan pointed out the uselessness of it all! Later, Karan Johar pans his camera on to Sara and calls her superstar and the moment he turns it to Ranveer, Baba says, ‘I don’t wish to be exploited for Instagram!’ 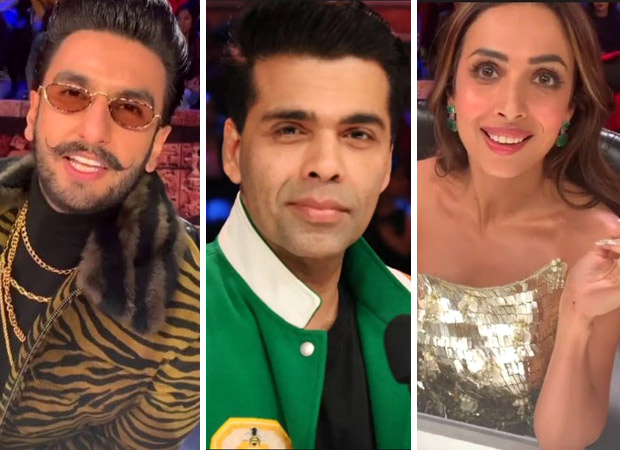 Ranveer does have a point here! The Simmba actor is all set to impress us with his collaboration with Rohit Shetty and since this film is the first one to release after his marriage, it's very important for him. The film will release on December 27 post which he is slated to go on a honeymoon with wifey Deepika Padukone. Rohit and Ranveer are making sure that the film is promoted really well and on all platforms.

Ranveer Singh has swept awards for Padmavaat and is keen on continuing this winning streak. After this film, he has Gully Boy and ‘83. What's more? He also has been signed by Karan Johar for Takht featuring Kareena Kapoor Khan, Vicky Kaushal, Janhvi Kapoor, Alia Bhatt and Bhumi Pednekar.