Ranveer Singh is quite a football fanatic, and is a dedicated fan of Arsenal. Remember the time he caught up with former German player and Arsenal's star player Mesul Ozil, and made everyone else go green in envy? This time around, the actor had a fanboy moment with English footballer Alan Shearer. 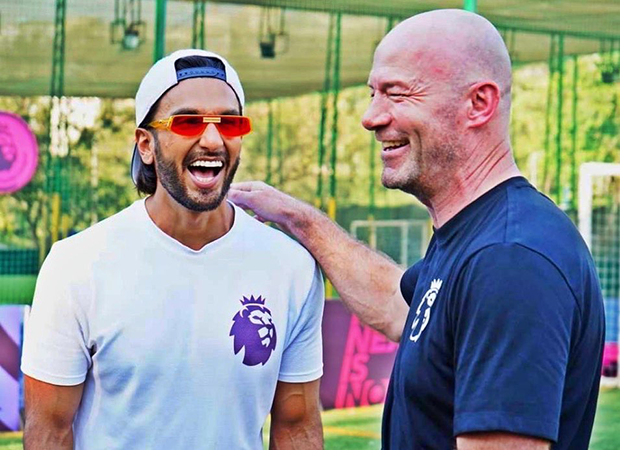 Later, Ranveer shared a picture of the two on Instagram. "Footballing royalty! Good times with @alanshearer @plforindia," he wrote. The photo has the two of them sharing a hearty laugh. Alan was prompt to respond. "Great meeting you and a brilliant afternoon," he wrote. Quit amazing, right? Take a look at Ranveer's post below.

The next film that the actor will be seen in is also a sports film, albeit not one on football. His next outing '83, directed by Kabir Khan, narrates team India's first and historic cricket World Cup win in 1983. He will be playing Kapil Dev, the man who led the team to victory, while wife Deepika Padukone will be seen essaying Dev's wife Romi Dev's role. The film releases on coming 10th April.