Ranveer Singh and Alia Bhatt, who are reuniting on screen for the second time after Gully Boy, were seen shaking legs to the beats of 'Dholida' from Gangubai Kathiawadi. The film, which arrived on Netflix earlier this week, crossed Rs. 100 crore at the box office. Now, the makers have unveiled behind-the-scenes of the popular song in which Ranveer Singh makes an appearance. 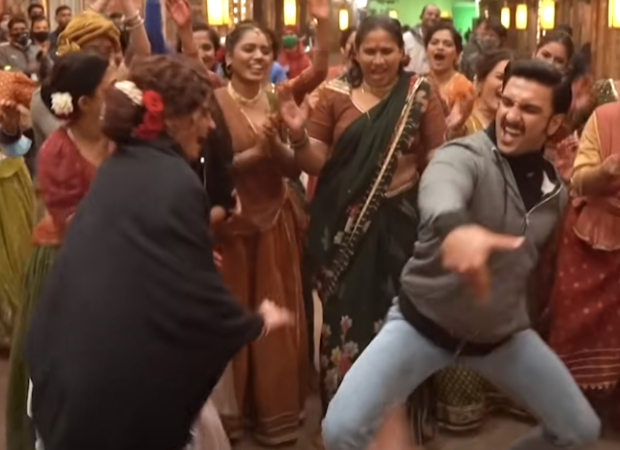 Ranveer Singh, who has previously worked with Sanjay Leela Bhansali in Ram-Leela, Bajirao Mastani, and Padmaavat, paid a visit to the sets of the film when Alia was shooting the song. In the video, Ranveer says, "Gaana hit hai (the song is hit). Blockbuster." After the shoot, he joins Alia to groove with her on the hook step. The dancers cheer for them.

In the video, Alia revealed that she prepped for four days for the song sequence, it was a difficult but fun experience to film it. She said, "It was also very cold at the night. I remember my back was like totally caught up, my feet cut and scratched."

ALSO READ: “The accurate interpretation of the lyrics is a father is singing this about his daughter” – Ranveer Singh on ‘Firecracker’ song in Jayeshbhai Jordaar