Iconic South African all-rounder AB De Villiers is working on something big as he is meeting global icons and interviewing them for the same! ABD, as he is lovingly called, recently met the legendary Sachin Tendulkar on the same and looks like now he has met the iconic Indian superstar Ranveer Singh! 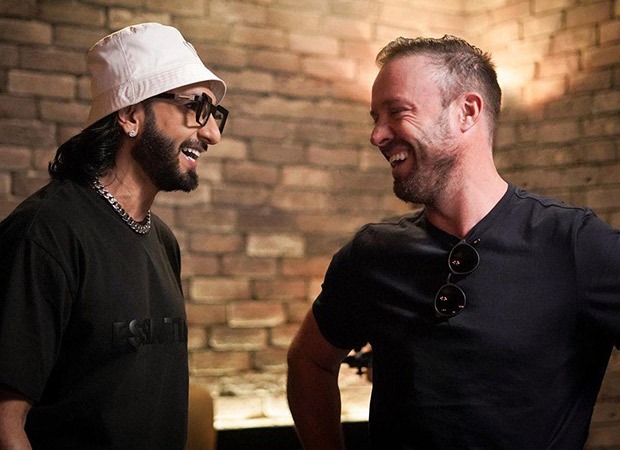 Ranveer Singh chats with iconic all-rounder AB De Villiers; 83 star gives a peek into his time with him, see photos

In the images uploaded by Ranveer on his social media, it is seen that the two greats are having a candid, informal conversation and we can’t wait to see what this secretly guarded project is all about. However, it is certain that will be about cricket because of ABD’s presence.

Looks like many global legends are going to join the cricketer for this initiative. While sharing the post on his social media handle, Singh wrote a caption, which read, “Had a great afternoon, hanging, chatting and watching cricket with the legend - ‘Mr.360’ himself.”

Apart from his latest post on Instagram, the 83 actor recently made headlines for his upcoming project with director S Shankar. The duo, reportedly, is aiming to create the biggest pan-India cinematic event after Bahubali. As per a report by Pinkvilla, the upcoming film will be based on the cinematic adaptation of the iconic Tamil epic Novel ‘Velpari’, which is considered to be an important part of Tamil Literature.

The report further quoted a source close to the development, who said, “Shankar wants to make the biggest pan-Indian film by bringing one of the biggest superstars of our generation, superstar Ranveer Singh, to helm this ambitious project - a grand cinematic adaptation of the iconic Tamil epic Velpari.” However, neither the director nor the actor has made an official announcement of the same, so far.