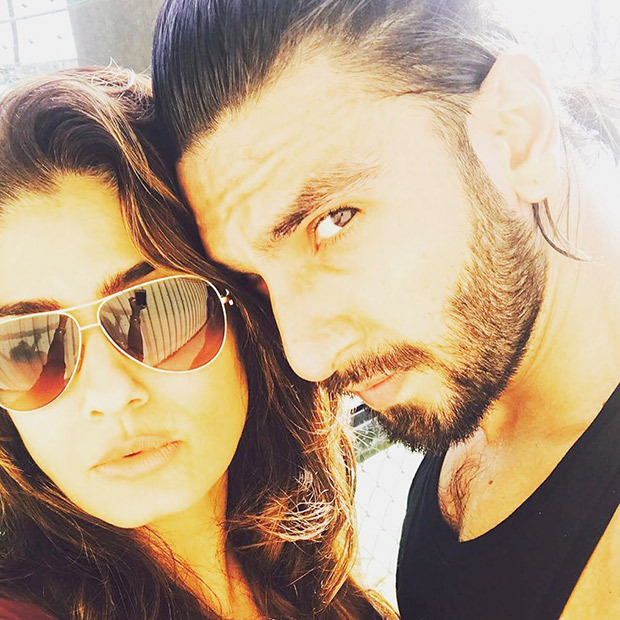 She is the diva of the 90s and he is the Gen Y superstar. It is not a surprising fact that Raveena Tandon likes to spend time in the gym and Ranveer Singh is equally enthusiastic about fitness. But there is something that Ranveer loves more than that and that is maintaining cordial relations with almost everyone in Bollywood. The actor shares a great camaraderie with many, so when he came across the 90s actress, he was more than happy to bond with her.

Ranveer Singh is one of the first celebrities to express support on social media for his colleagues’ forthcoming films and his ideas to do so are equally unique. The actor retains a great rapport with everyone from the superstars to his co-stars. What he also likes is to share selfies on social media. So when he met the 90s star Raveena Tandon, not only did he greet her warmly but a selfie was a must for the duo.

Raveena Tandon took to Instagram to share this bonding picture with Ranveer Singh and the actress tagged him as ‘Mr. Hotness himself’ as well as ‘Selfie King’. She captioned the image saying, “With the #selfieking #mrhotnesshimself #RanveerSingh #gymtime #mastikhor.”

On the film front, Raveena Tandon recently was a part of the social drama Maatr as well as Onir’s film Shab. Whereas Ranveer Singh, who was last seen in Befikre, is gearing up for the Sanjay Leela Bhansali magnum opus Padmavati as well as Zoya Akhtar’s Gully Boy based on Mumbai street rappers