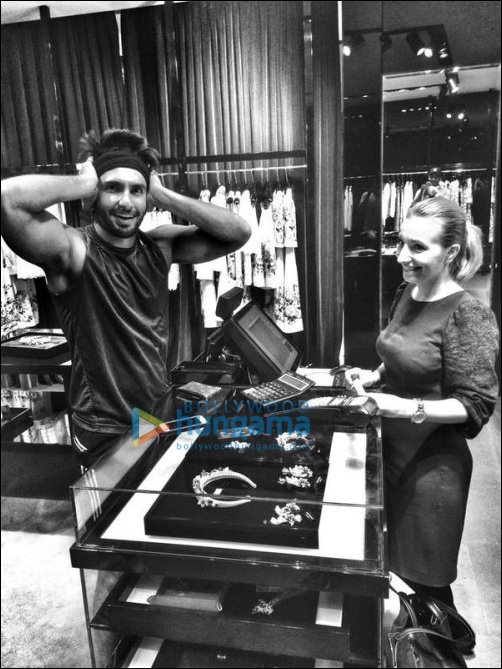 Bollywood's BFF jodi of Ranveer Singh and Arjun Kapoor never hid their mutual admiration for each other. Their camaraderie was evident when they lit the silver screen with their golden presence in Gunday.

The duo recently packed their bags and went to Bucharest, Romania, for an ad shoot. The duo posted the images of the location on twitter. The mutual admiration continued even on twitter. While Ranveer tweeted a picture of Arjun with the caption, "Bucharest ka Badshah (sic)", in another tweet, he wrote, "We went for an 'evening walk'..I was admiring the beauty of Bucharest, while baba was admiring the beauties of Bucharest #badbaba @arjunk26 (sic)", Arjun tweeted a picture of Ranveer with the caption, "Romania ka Raja (sic)". In his next tweet, Arjun wrote, "Before we went for r evening 'run' Ranveer baba decided to do retail therapy n have some fun...till he saw the price tags that is...#badbaba (sic)."