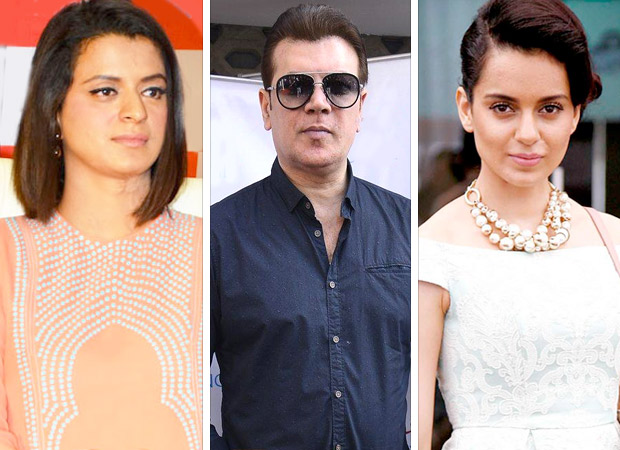 It has been days since Kangana Ranaut gave a series of explosive interviews on Rajat Sharma's show Aap Ki Adalat and Barkha Dutt's Town Hall. Since then, a lot has happened. While Hrithik Roshan and Rakesh Roshan have stayed mum on the allegations made by Kangana Ranaut, Aditya Pancholi has given a series of interviews and has blasted Kangana for lying.

Aditya Pancholi had threatened to take legal action against Kangana Ranaut, demanded to produce the FIRs she filed against him years ago and called her a product of nepotism. He said that if it wasn't for him, Mahesh Bhatt would not have auditioned her for Gangster.  He even talked about how he started dating Kangana and how she changed post her first film that led to their breakup.

While Kangana is yet to react, her sister Rangoli Chandel has responded and definitely is not sparing him at all. Reacting to Aditya Pancholi’s statement, Rangoli took to Twitter for another series of angry tweets. From calling him a goon to a failed actor who could not give his kids a proper break, Rangoli did not hold back. She wrote, "Why should the reigning Queen of the film industry should scum to this small time goons bullying.Who hs multipl cmplns n cases on hm lyk mlstation neghbrs physcl asolt n on duty polc officers beatin"

Because he misbehaved with Mukesh Bhatt when he was working with them in his movie Saathi (1991)since then he is banned in Vishesh films...

N frm dere on startd dictatrship I hv paid fr ur folio food house( whch he insistd she stayd in) ....

.... So does that mean he can beat the living day light out of a kid younger than his daughter?

Whoever is writing this bullshit I want to ask, does that give him a right to beat up a minor to death?