Ayan Mukerji's Brahmastra starring Ranbir Kapoor and Alia Bhatt in the lead role has been in the making for over 5 years. The film will finally release in September this year. In December last year, the makers unveiled the first look motion poster of Ranbir's character Shiva followed by Alia's character Isha in March this year. They have also dropped the song teaser of Kesariya which has already got people excited for the film. Now, with the film three months away from its release, the makers have already started promoting the film in different cities of the country. unveiled the first look in Delhi, Ranbir and Ayan arrived in Vizag to celebrate the film. Joining them was ace filmmaker SS Rajamouli. The trio witnessed a grand welcome as soon as they entered the town. 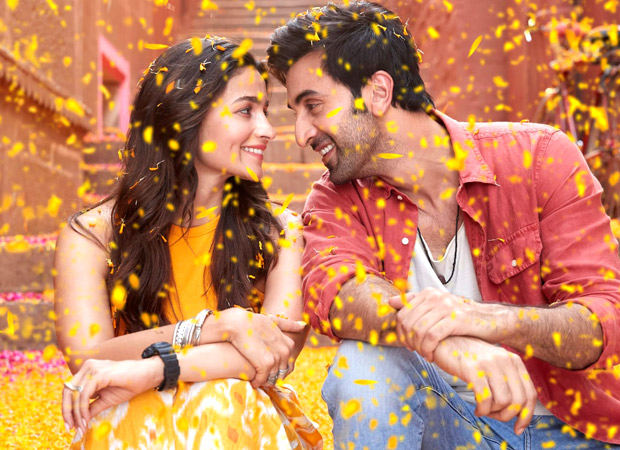 “I am in Ranbir’s heart,” says Alia Bhatt in special video message as Ranbir Kapoor, Ayan Mukerji, and SS Rajamouli attend a special event for Brahmastra in Vizag

Ranbir and Ayan were welcomed with loud cheers from fans at the airport. Ranbir, then, greeted fans from his moving car and was garlanded by a crane. SS Rajamouli too was welcomed with a massive garland that was held by a crane.

Ranbir, Ayan, and SS Rajamouli will be participating in the greet and meet event in the town and will be unveiling a special asset. Alia Bhatt could not be present for the event as she is shooting for her Hollywood film in the UK. At the event, in a special video message, Alia said, “I am there in spirit. I am especially there in Ranbir’s heart. So I am there with you”.